In light of recent announcements from both Safari and Chrome that they’ll stop advertising Flash Player’s presence I’ve decided to see how ready the Internet is to move past Flash’s legacy and into an HTML only era.

I’ve configured Chrome to ask me before running any Flash content (Preferences… > Content Settings… > Plug-ins). This made it easy to identify Flash content on pages since with this change Chrome overlays Flash content with a big grey puzzle icon.

In a second run I’ve disabled Flash entirely from chrome://plugins/ to see if the website offers any – HTML based – fallback experience.

Disabling Flash Player showed me just how much Flash content there is out there.

Some of the (big) websites I’ve identified that use Flash content had HTML5 alternatives (Twitch, Speedtest, Yahoo, Amazon, etc.) but some did not (Namely Hulu, Pandora, Napster, Spotify, NBC, CBS and YouTube’s video editor) and some only offered limited functionality (Google Finance’s stock charts).

YouTube Video Editor‘s Enhancements, Audio & Annotations sections refused to work without Flash and there is no HTML version. 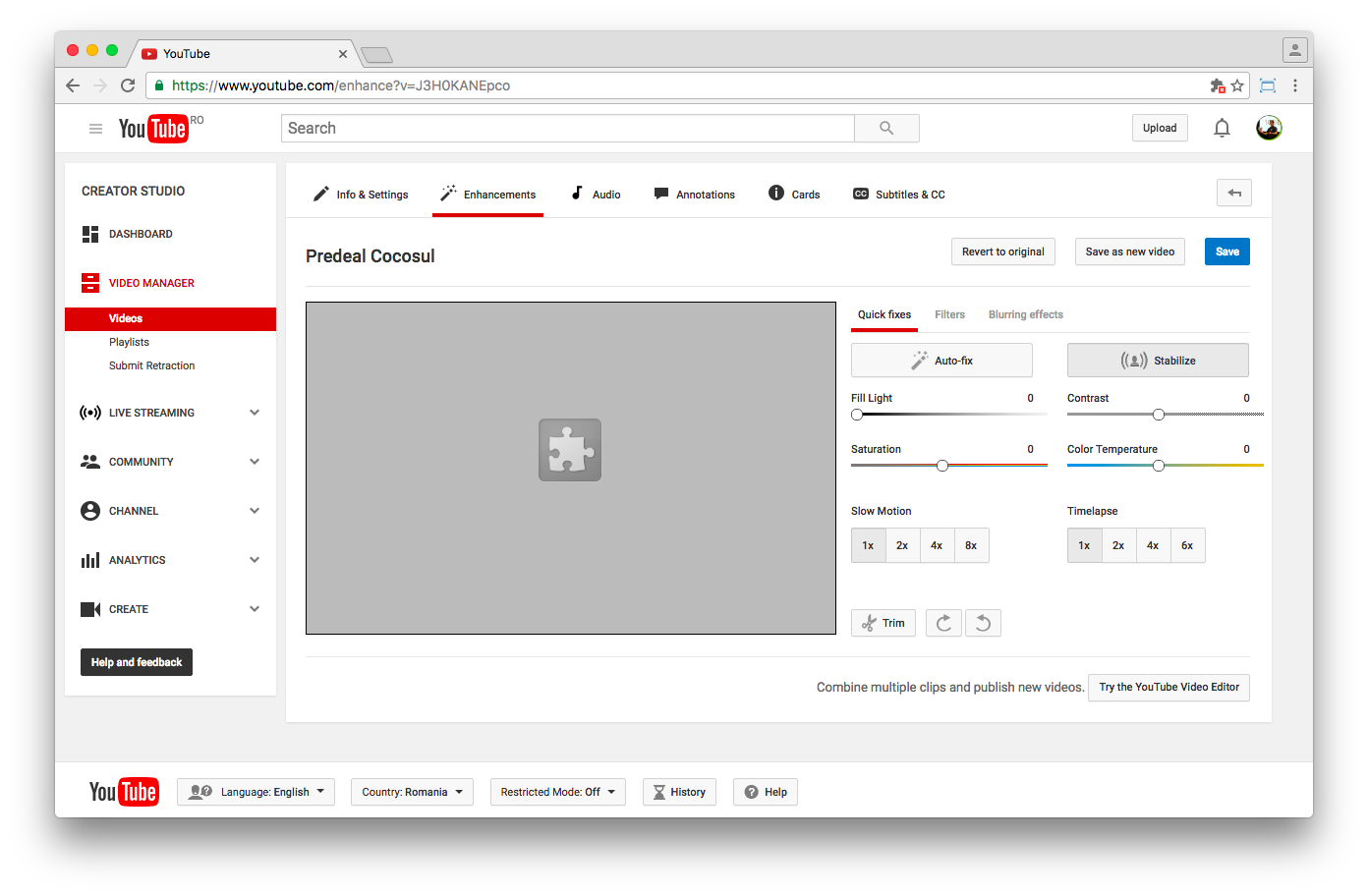 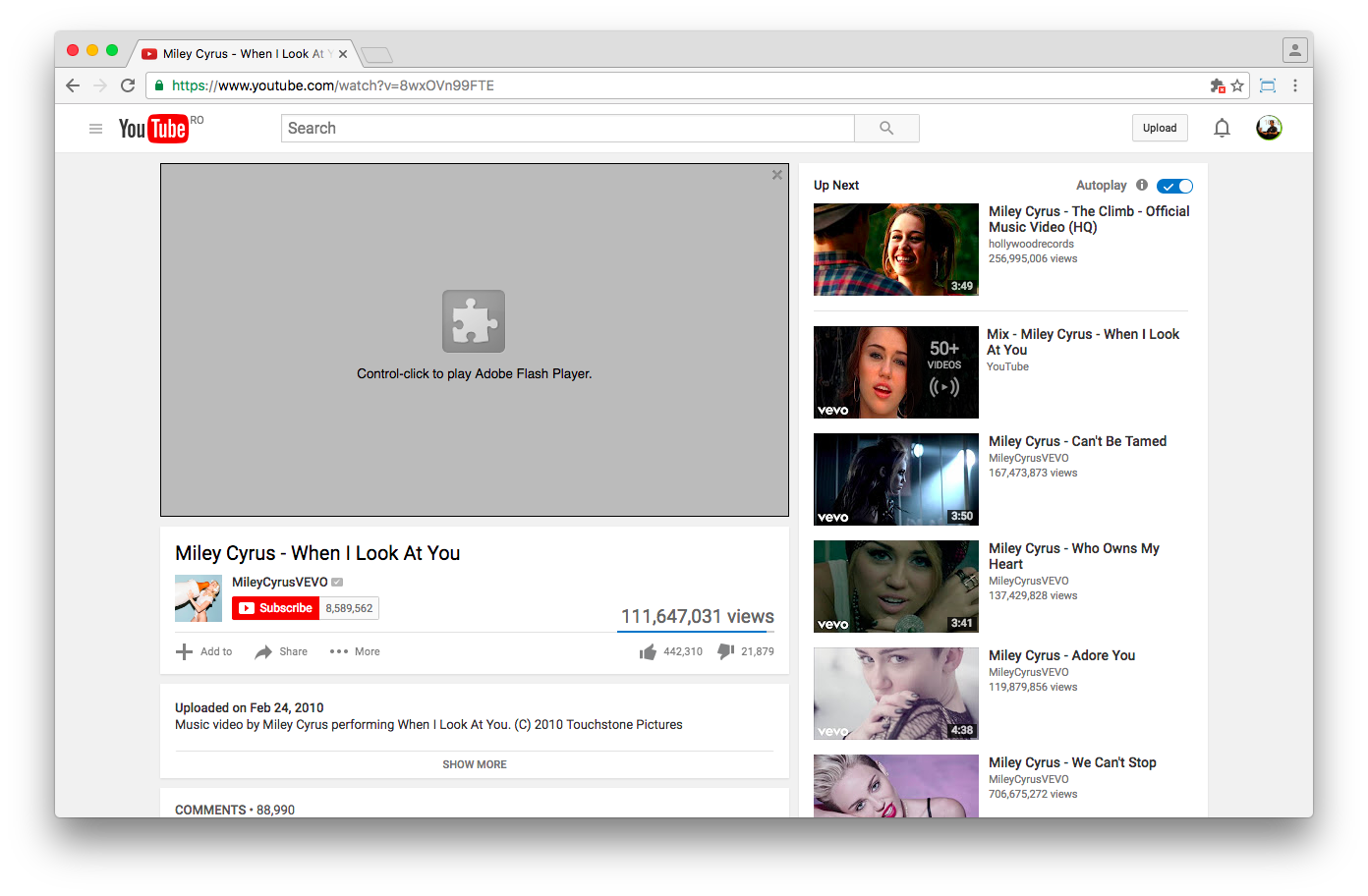 And disabling Flash Player entirely produced no HTML alternative for them 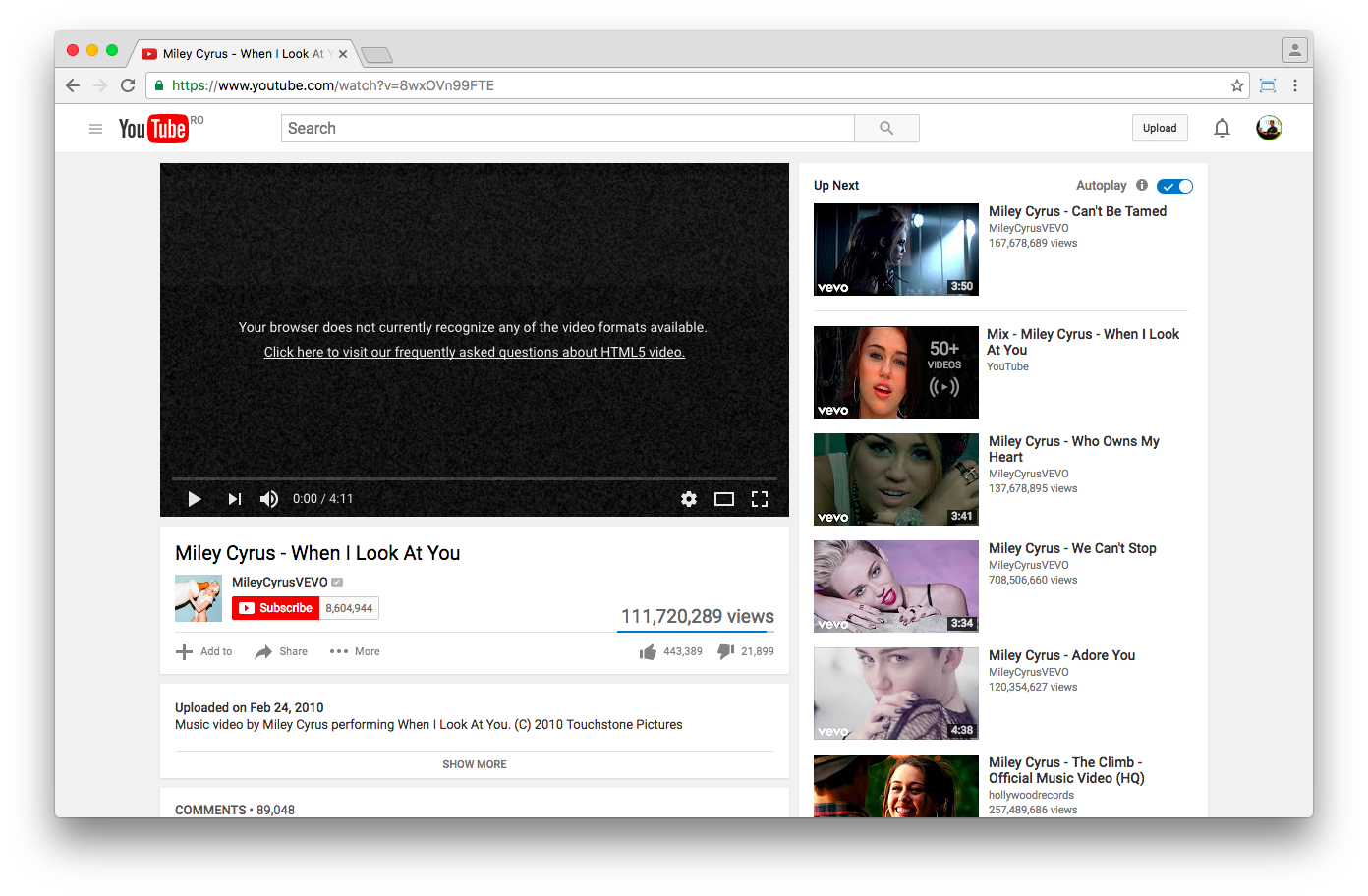 Even though they do have an HTML version Twitch.tv still prefers to use Flash for their live streams because the HTML version doesn’t yet support ads. For now The HTML version is used mostly for paid Twitch Turbo subscribers. 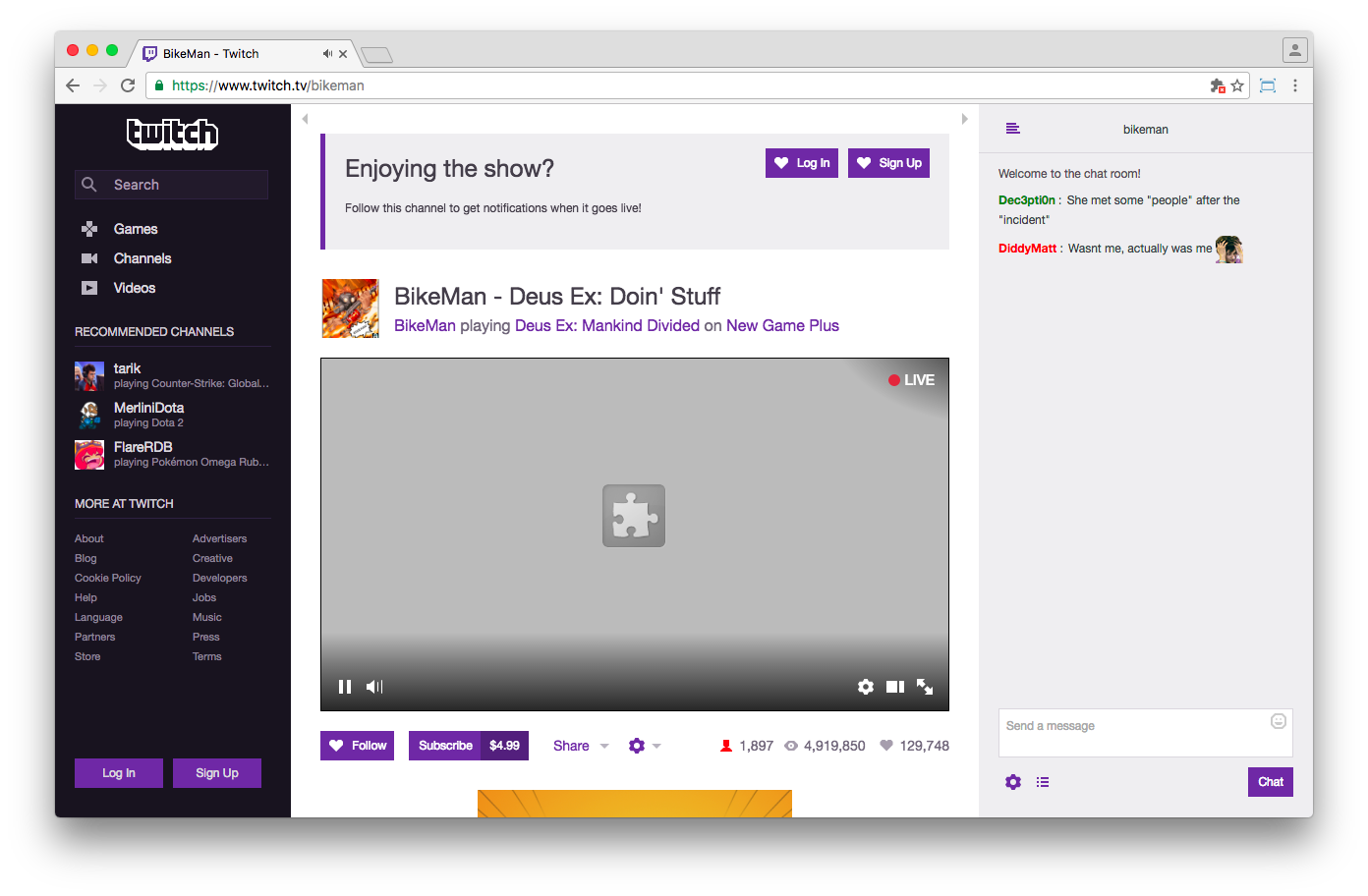 Hulu is another service that’s making heavy use of Flash 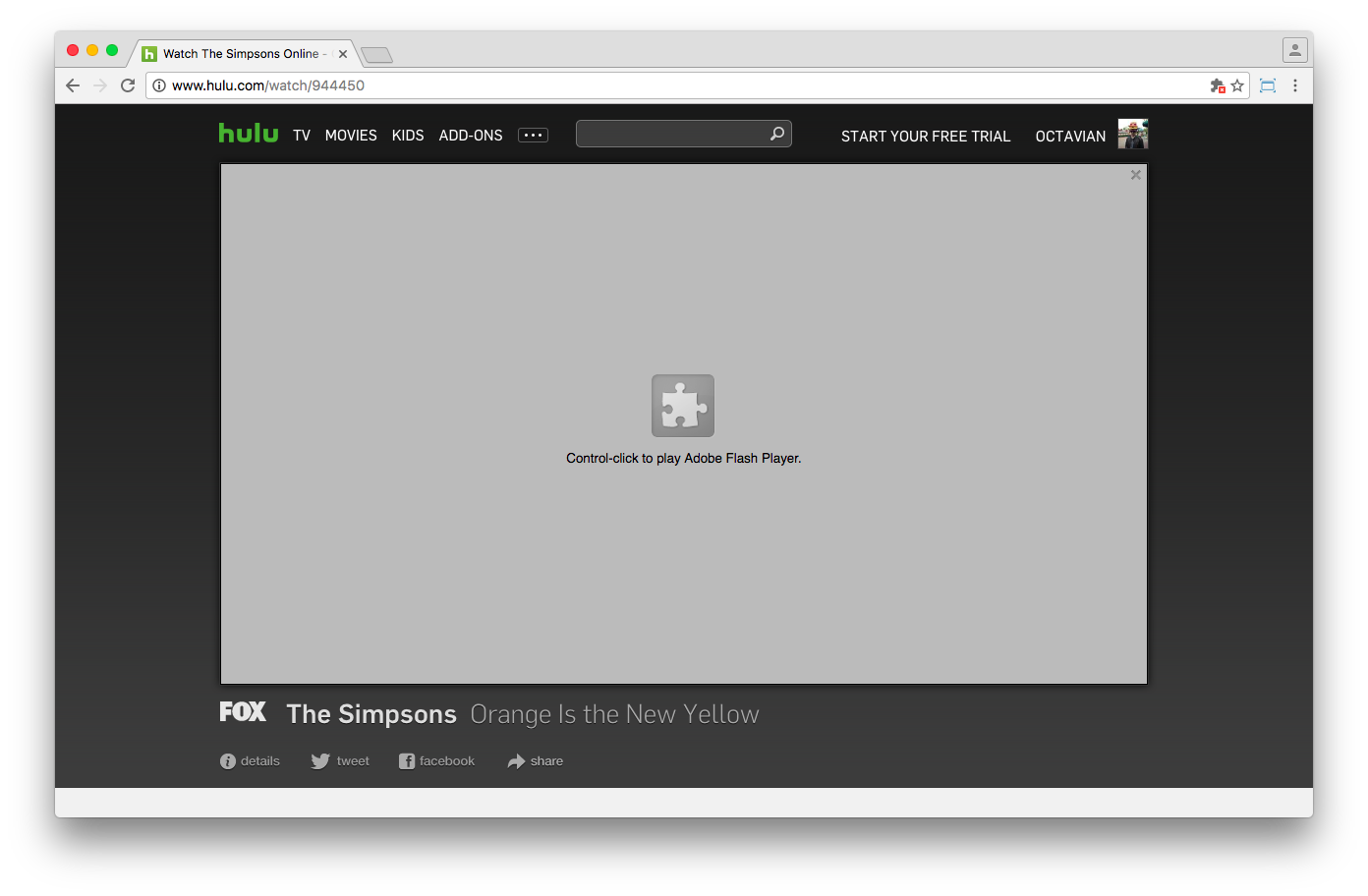 No HTML version either, with the site asking me to download Flash Player when it was disabled. 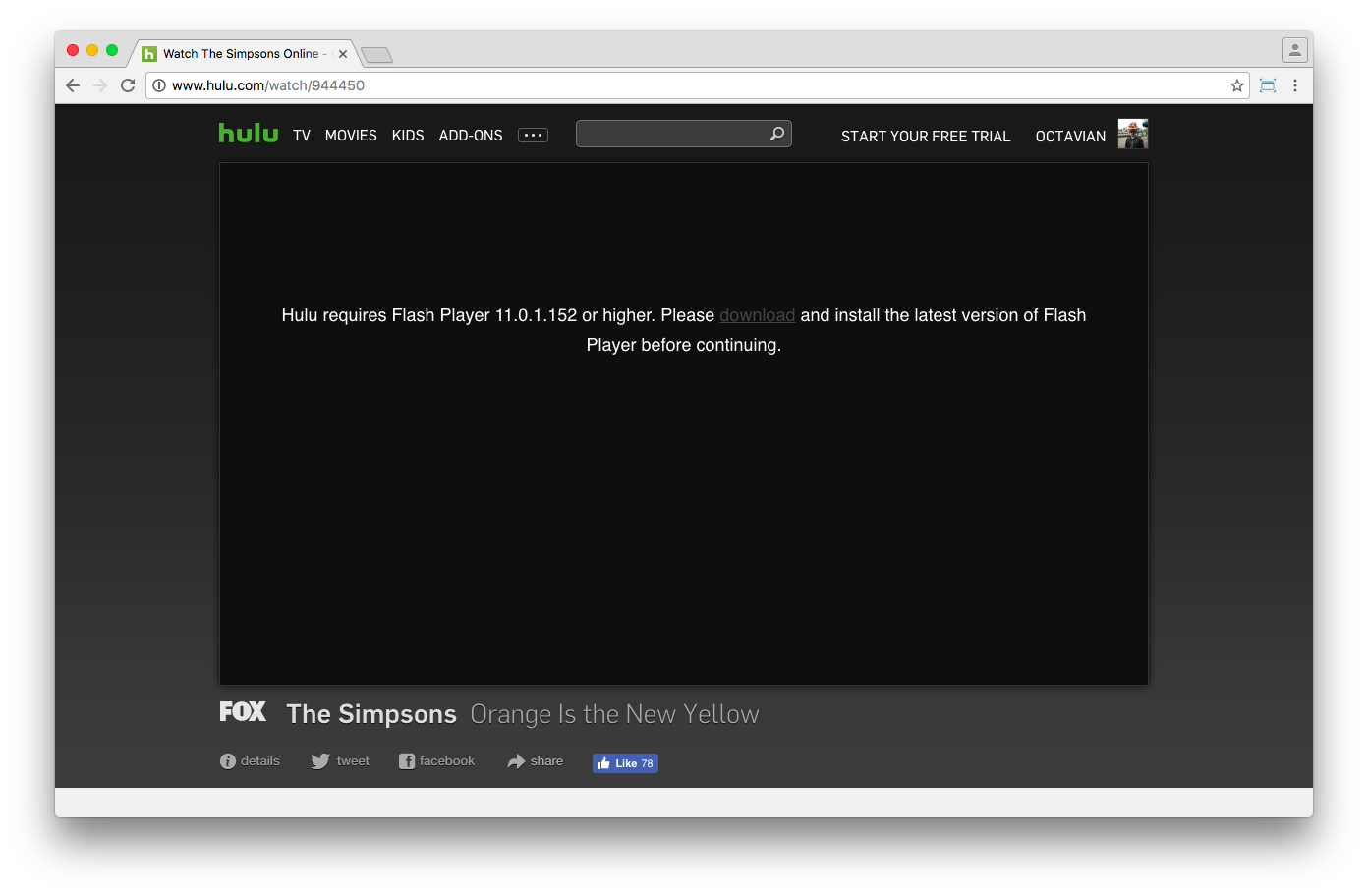 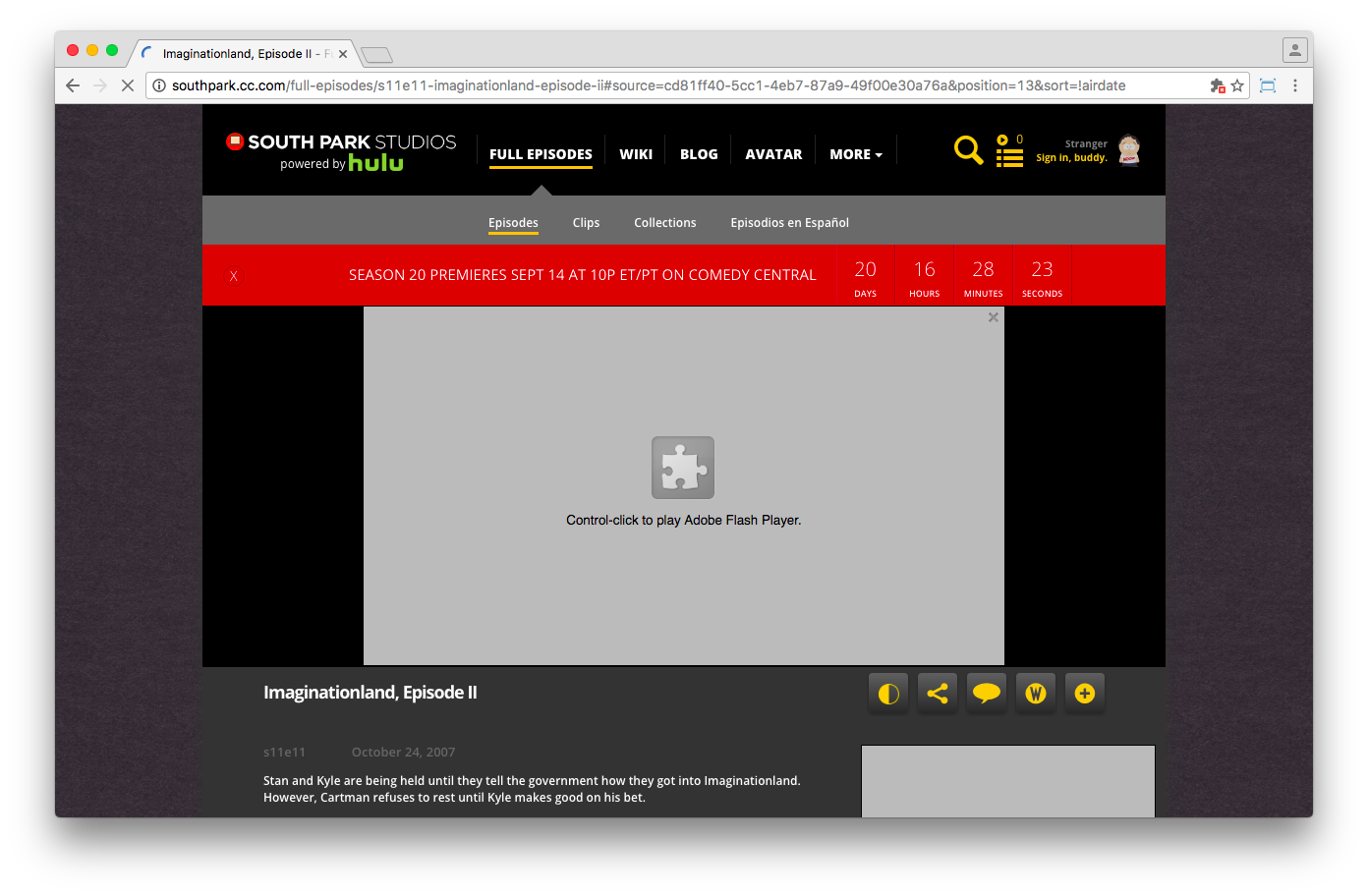 Both Ookla’s Speedtest.net & Pingtest.net make heavy use of Flash: 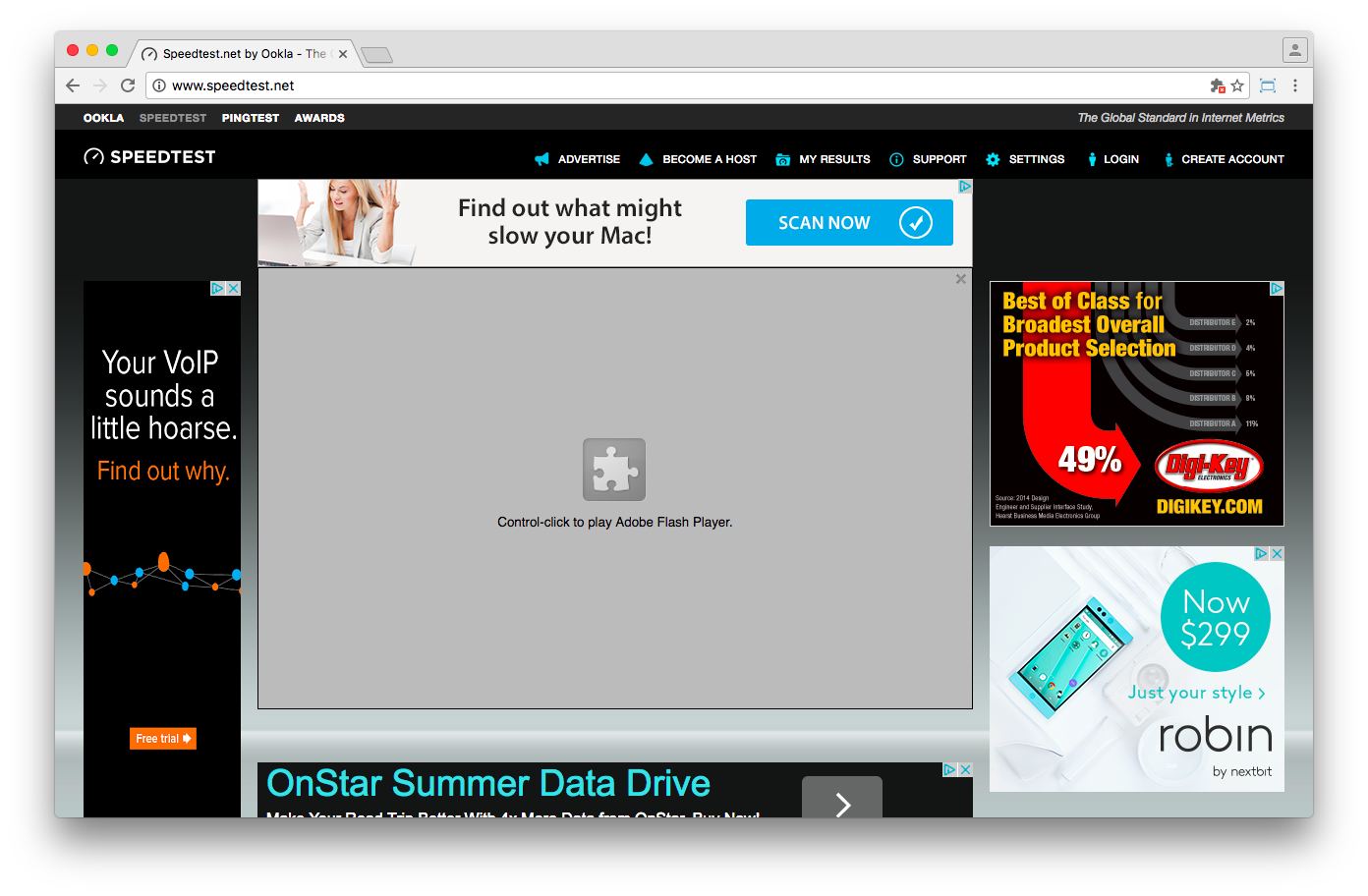 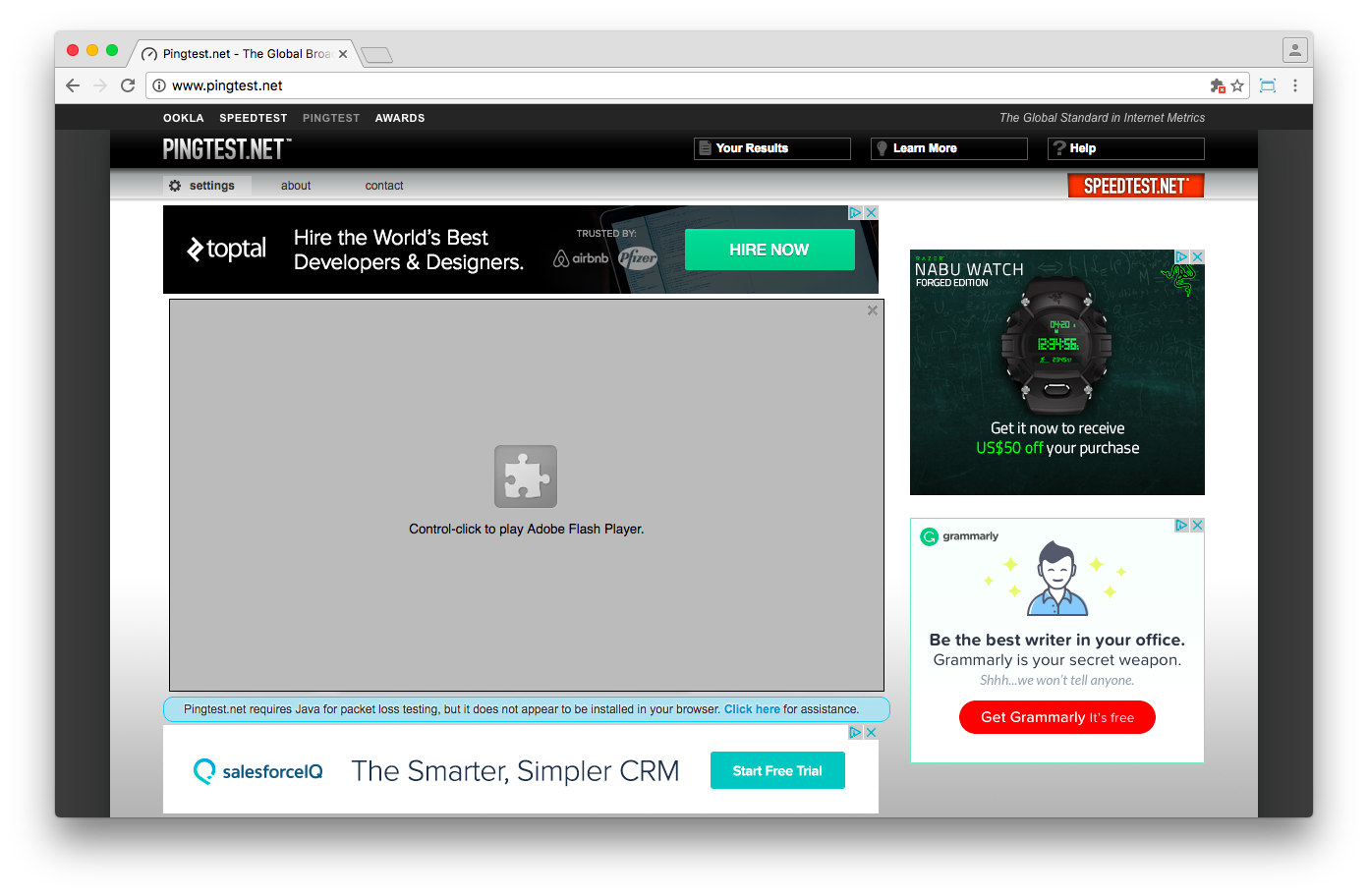 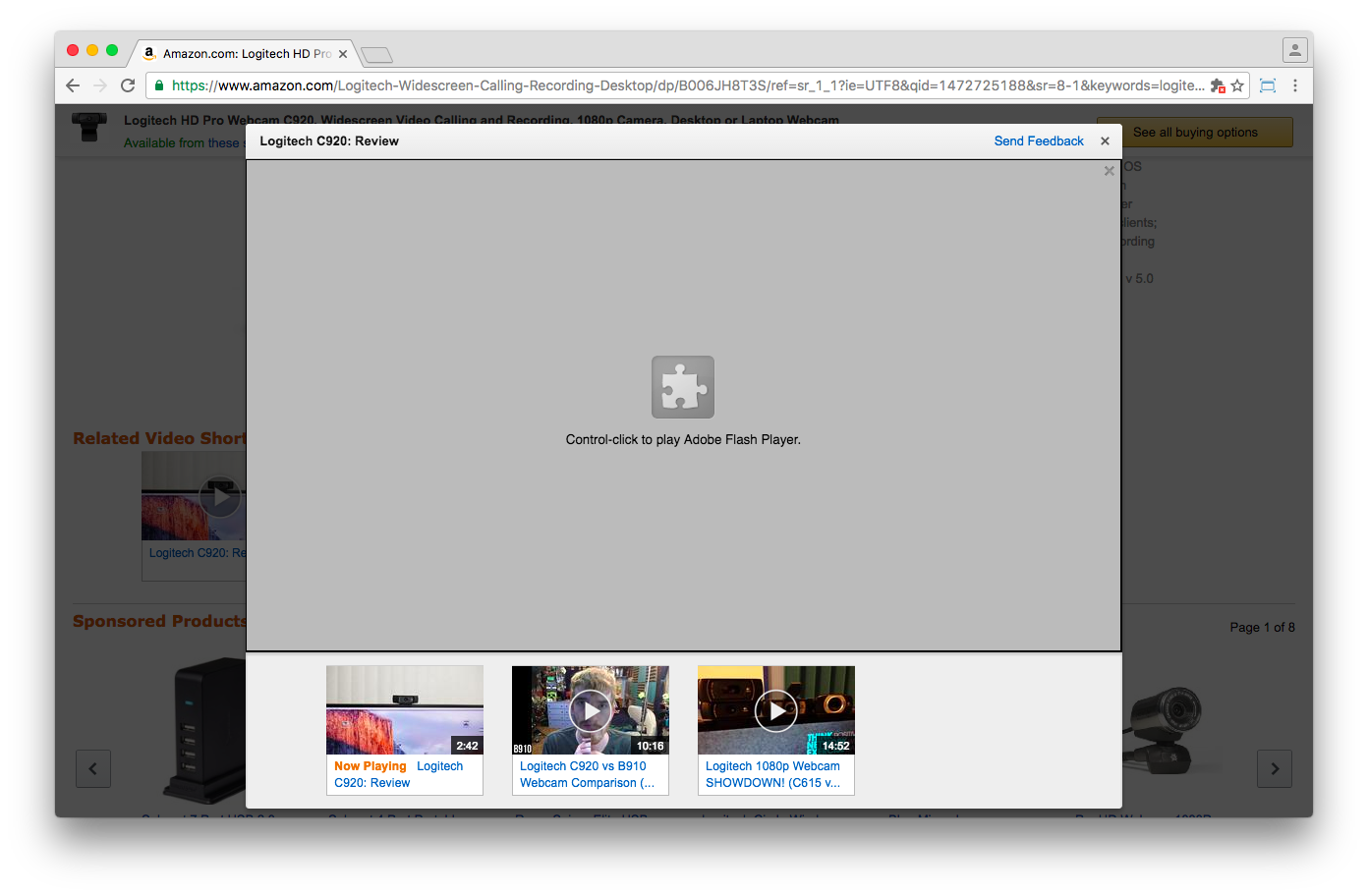 But viewing them with Flash Player disabled did not prove difficult as they do have an HTML fallback. Here’s Adam’s review of the great Logitech C920 webcam: 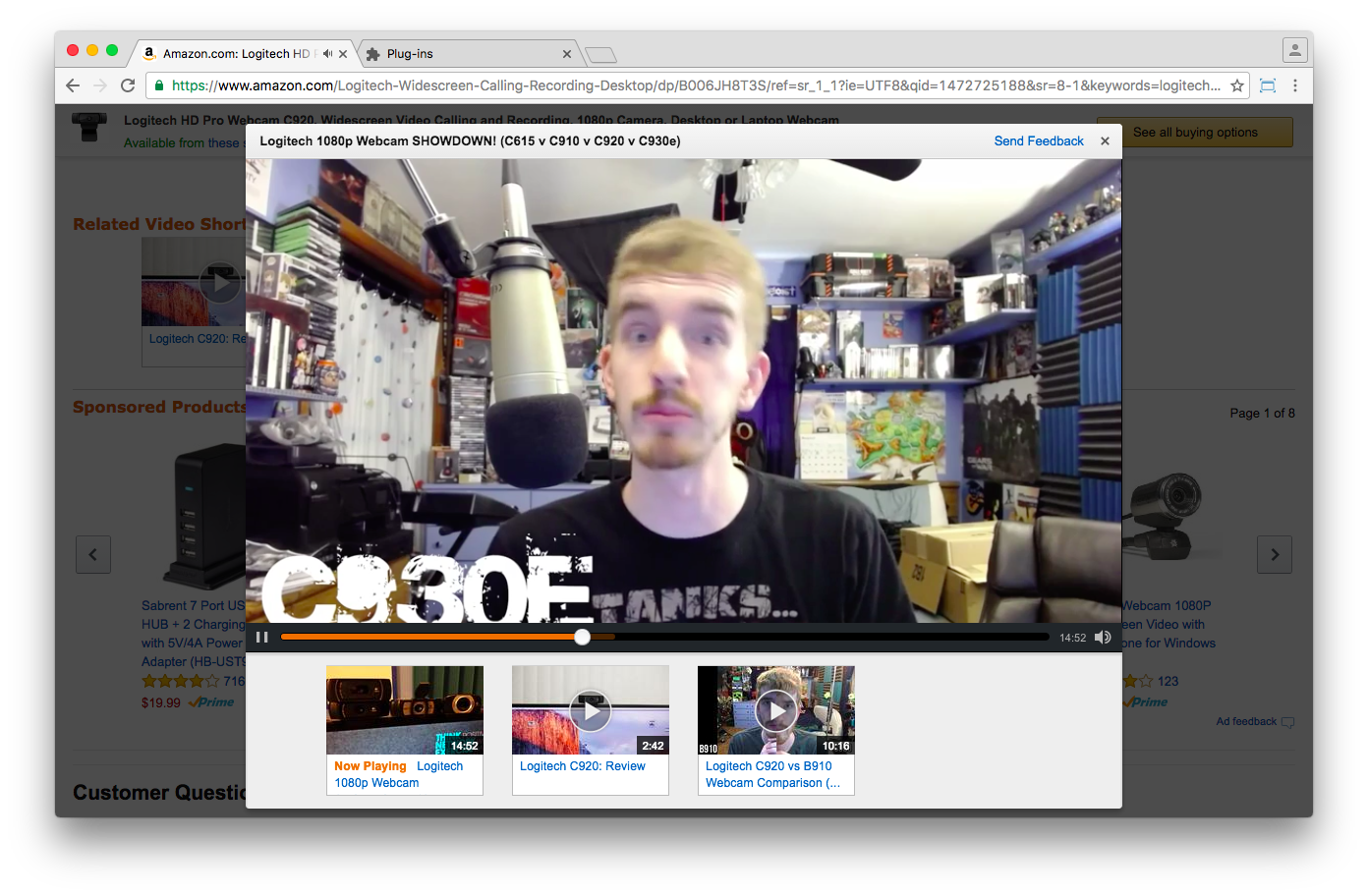 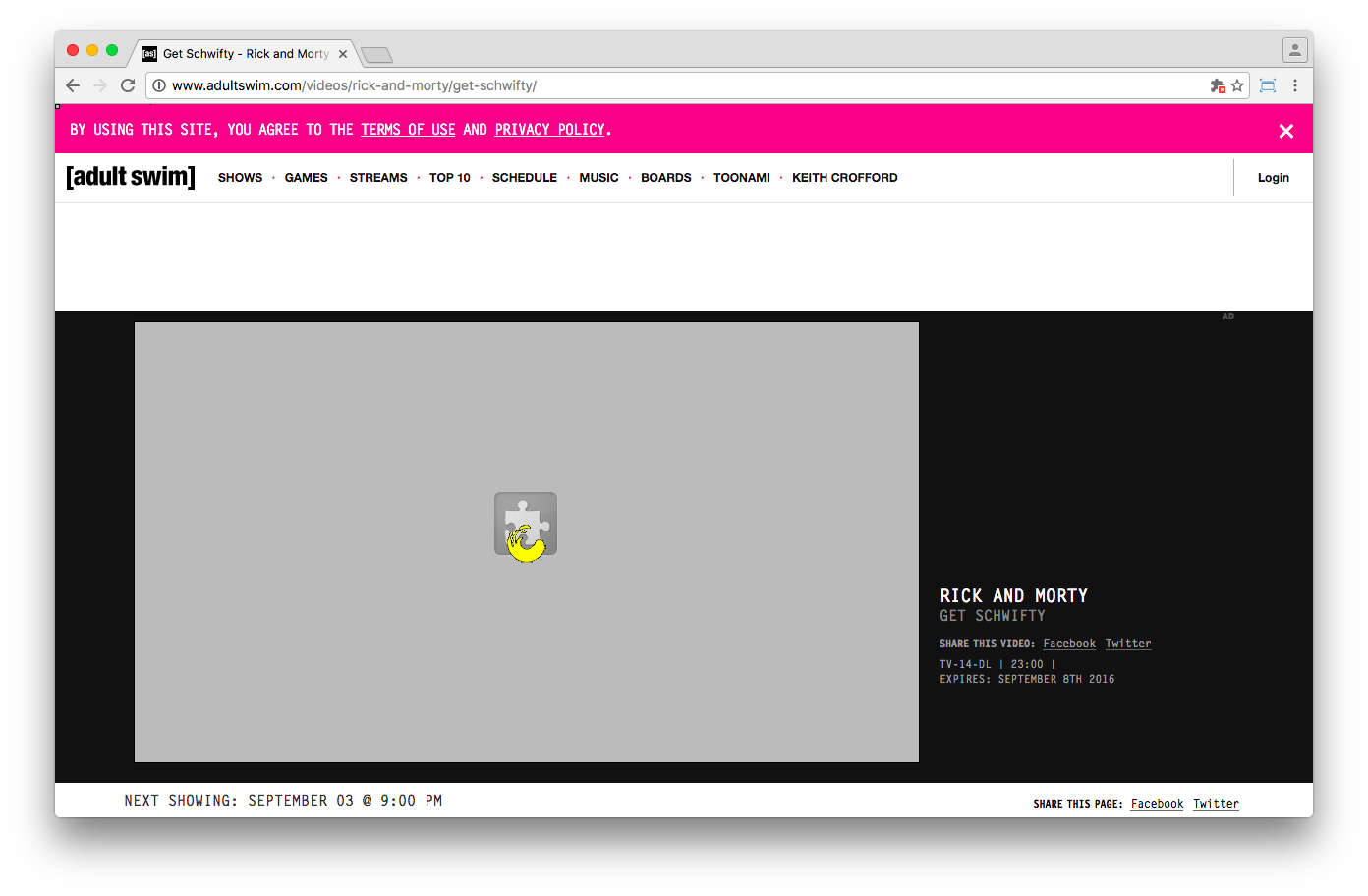 Disabling Flash Player brought up their HTML player but it refused to play any episodes. Their live 24/7 Rick and Morty stream did work correctly though with Flash disabled.

Watching an episode of Running Wild with Bear Grylls on nbc.com proved difficult. NBC was very adamant about needing Flash Player for their video content. 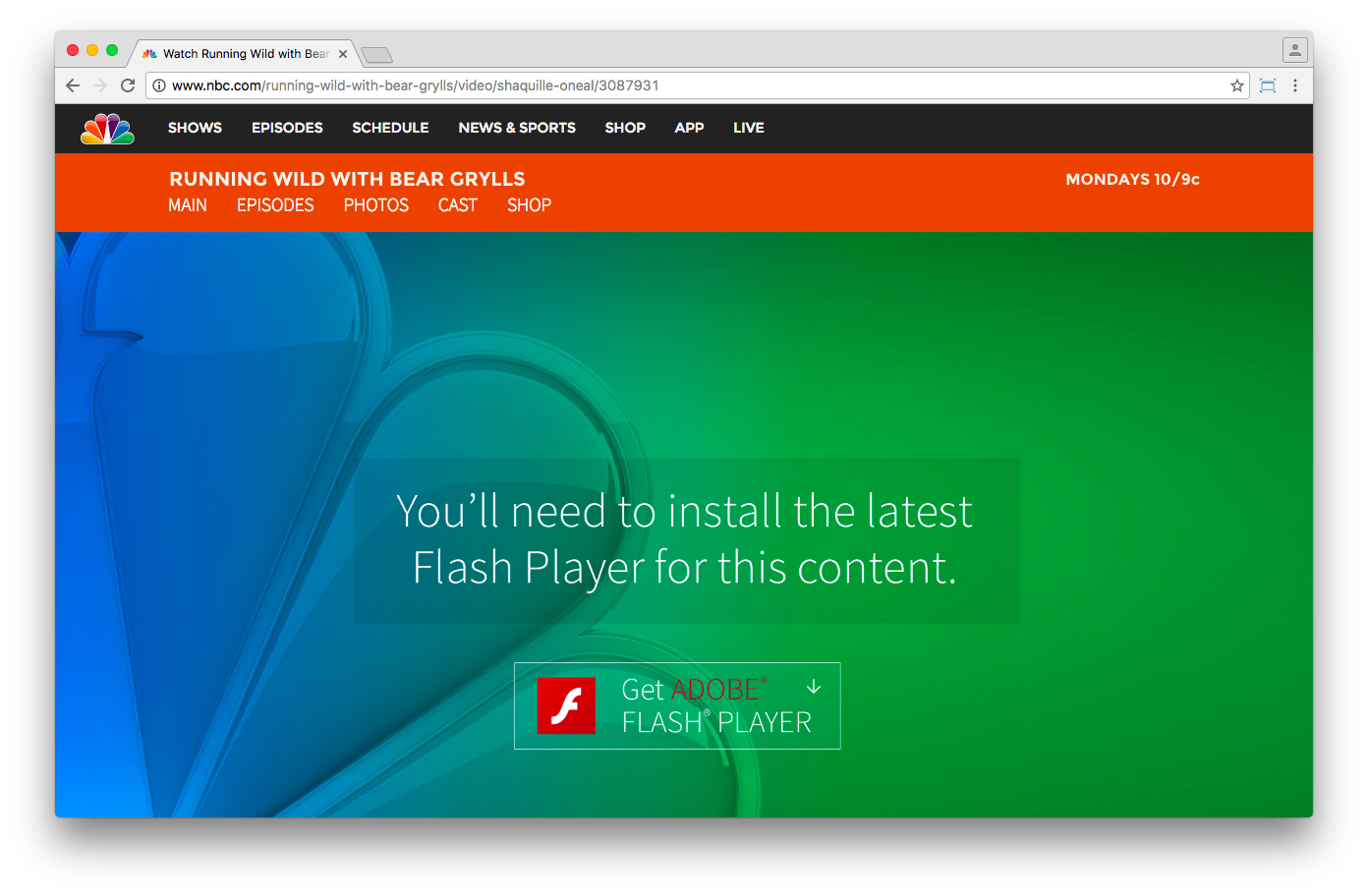 Not surprisingly given their video player takes the whole page 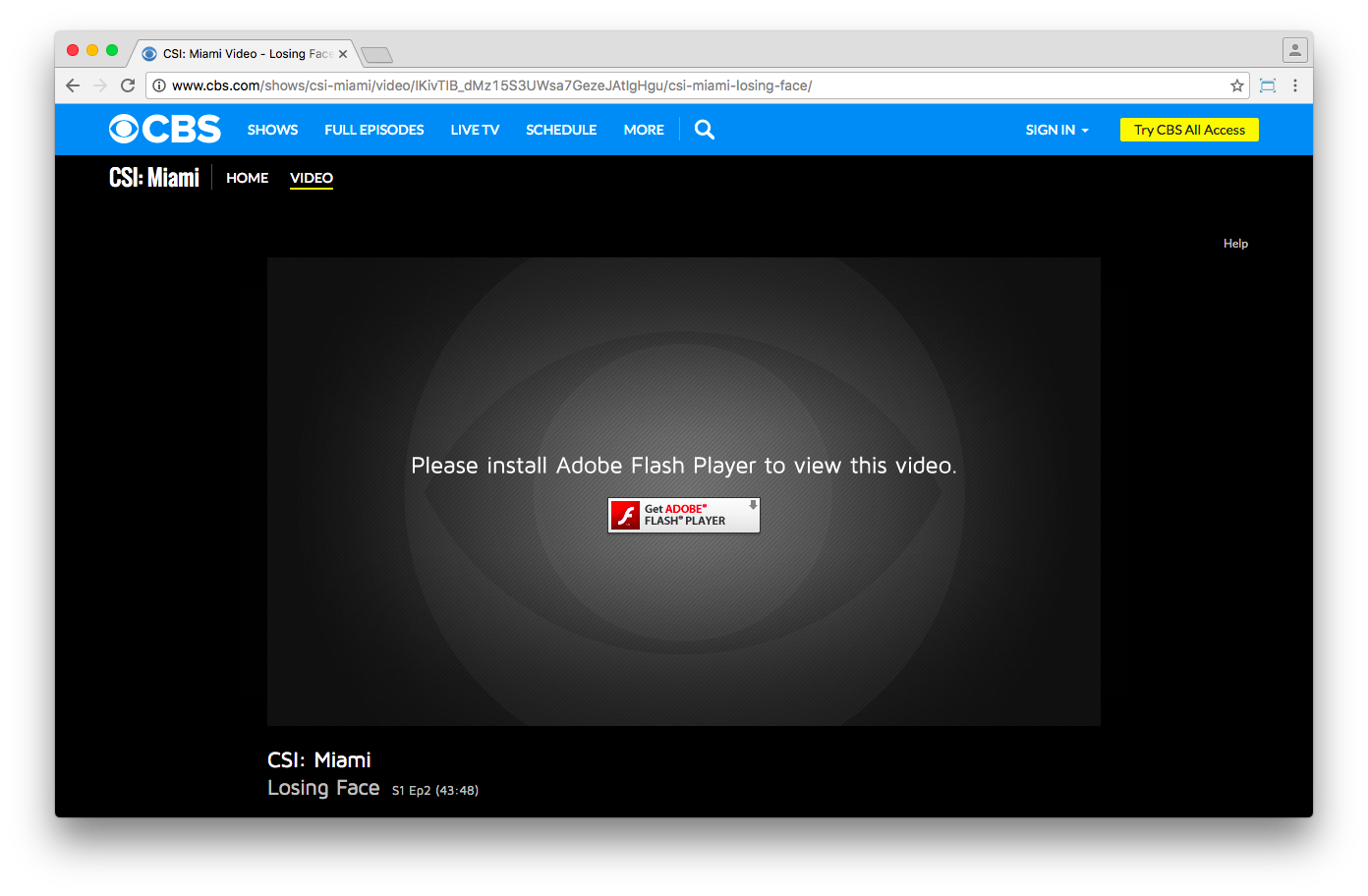 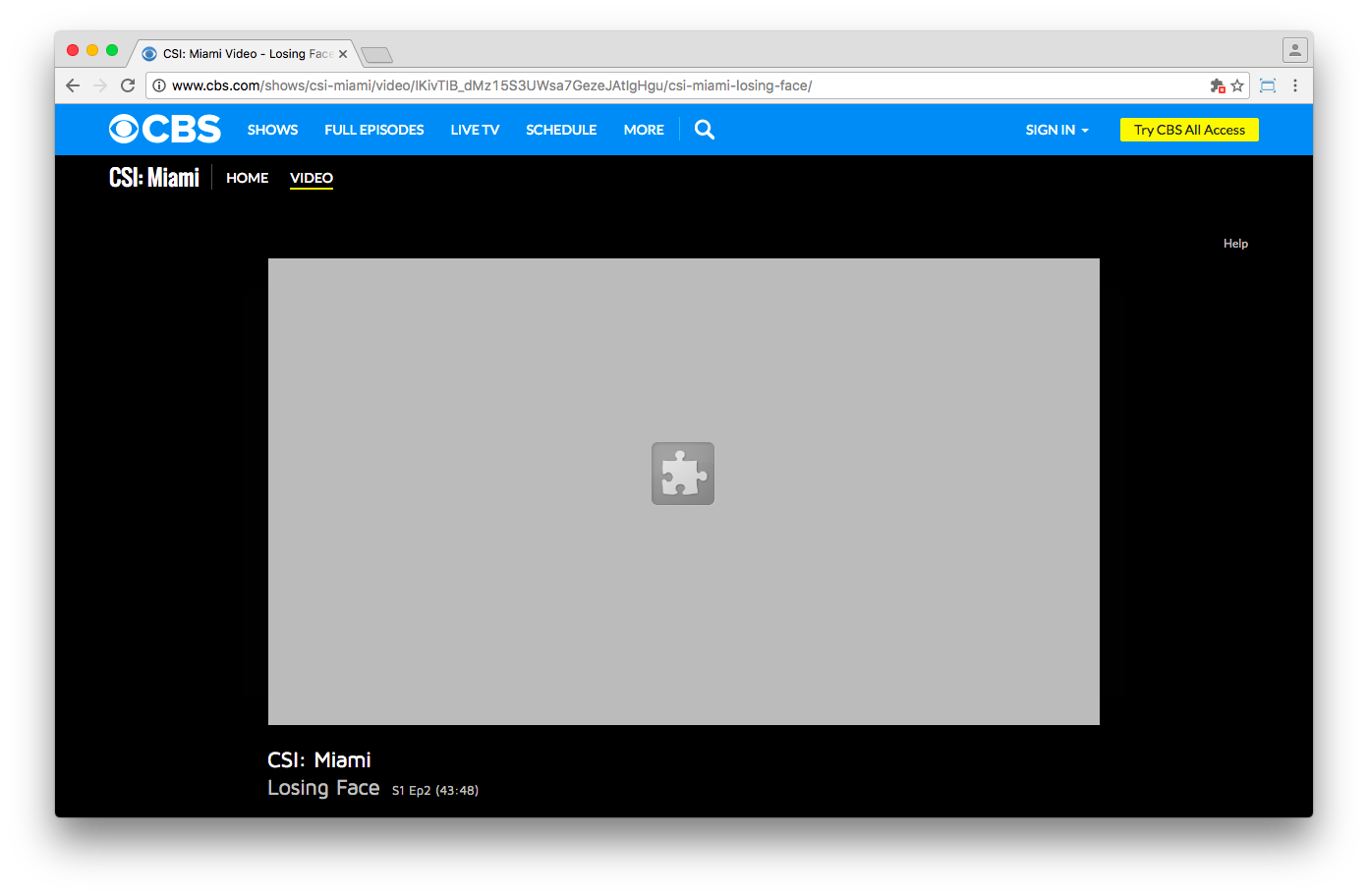 Google’s Docs, Sheets & Slides suite has a nice little feature where you can add an image to a document (or spreadsheet or slide) by taking a webcam screenshot. It doesn’t work without Flash: 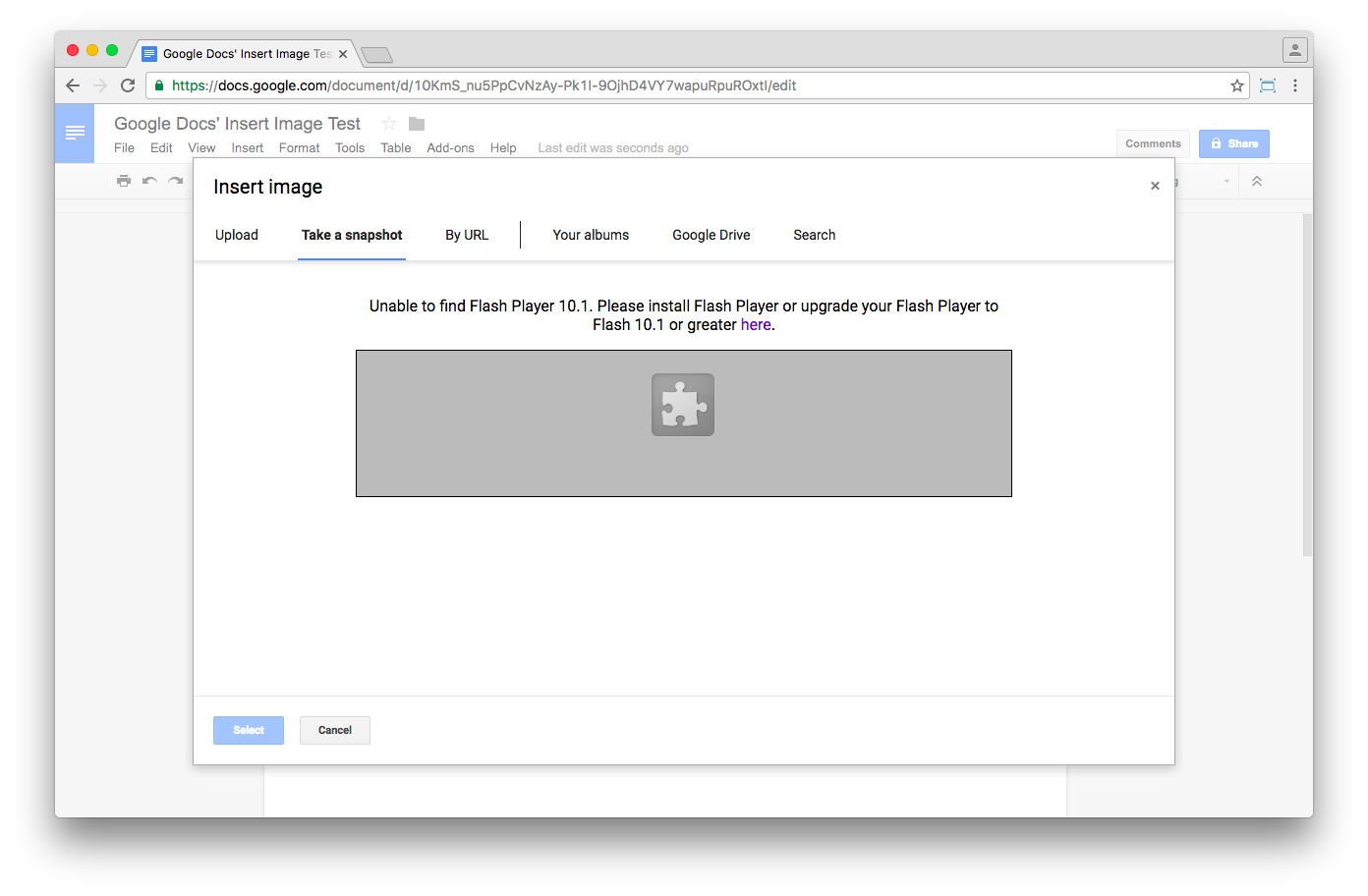 Viewing and playing with interactive charts of AAPL stock is not possible without Adobe Flash Player: 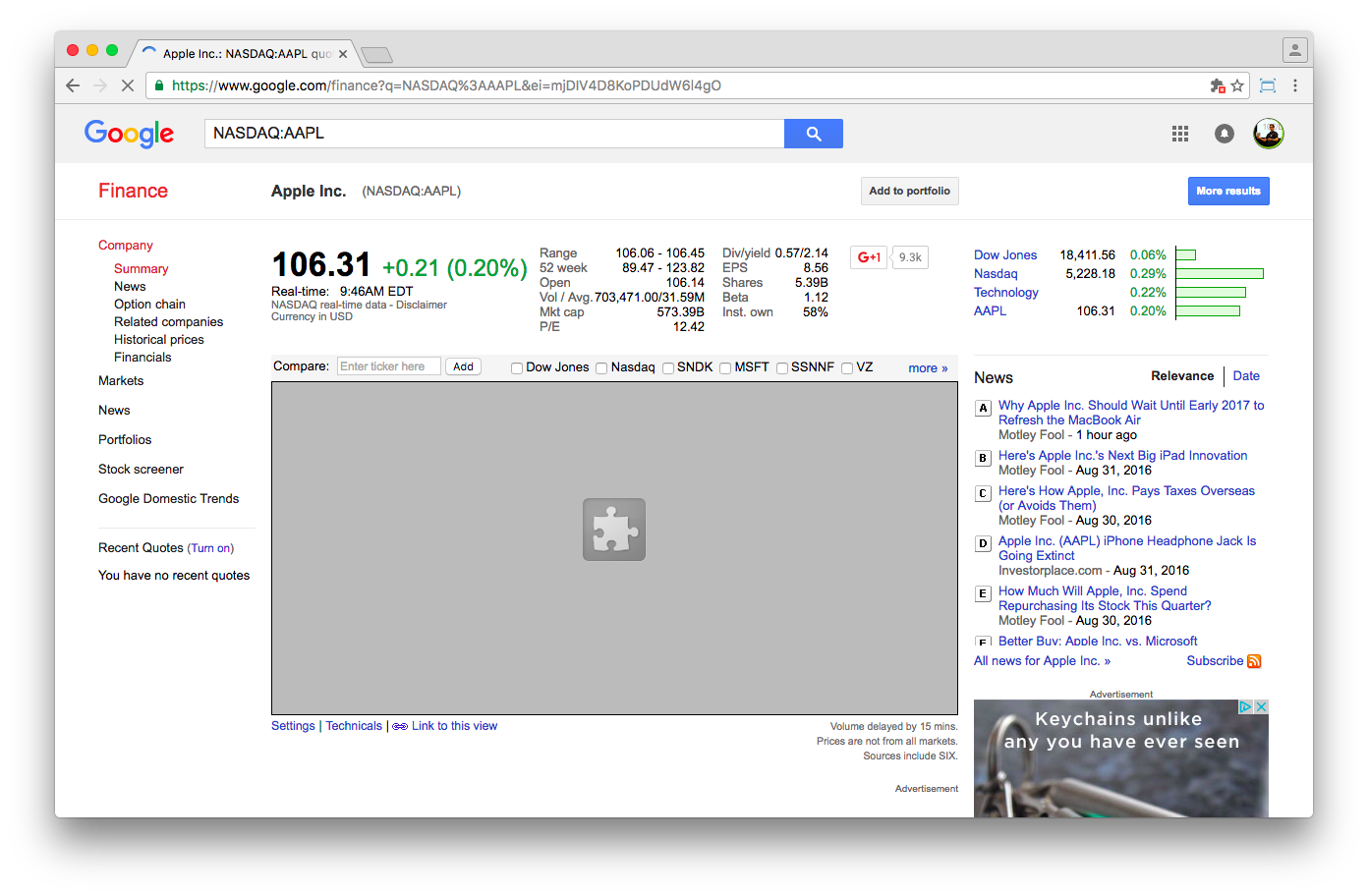 Only static charts are shown when Flash Player is disabled: 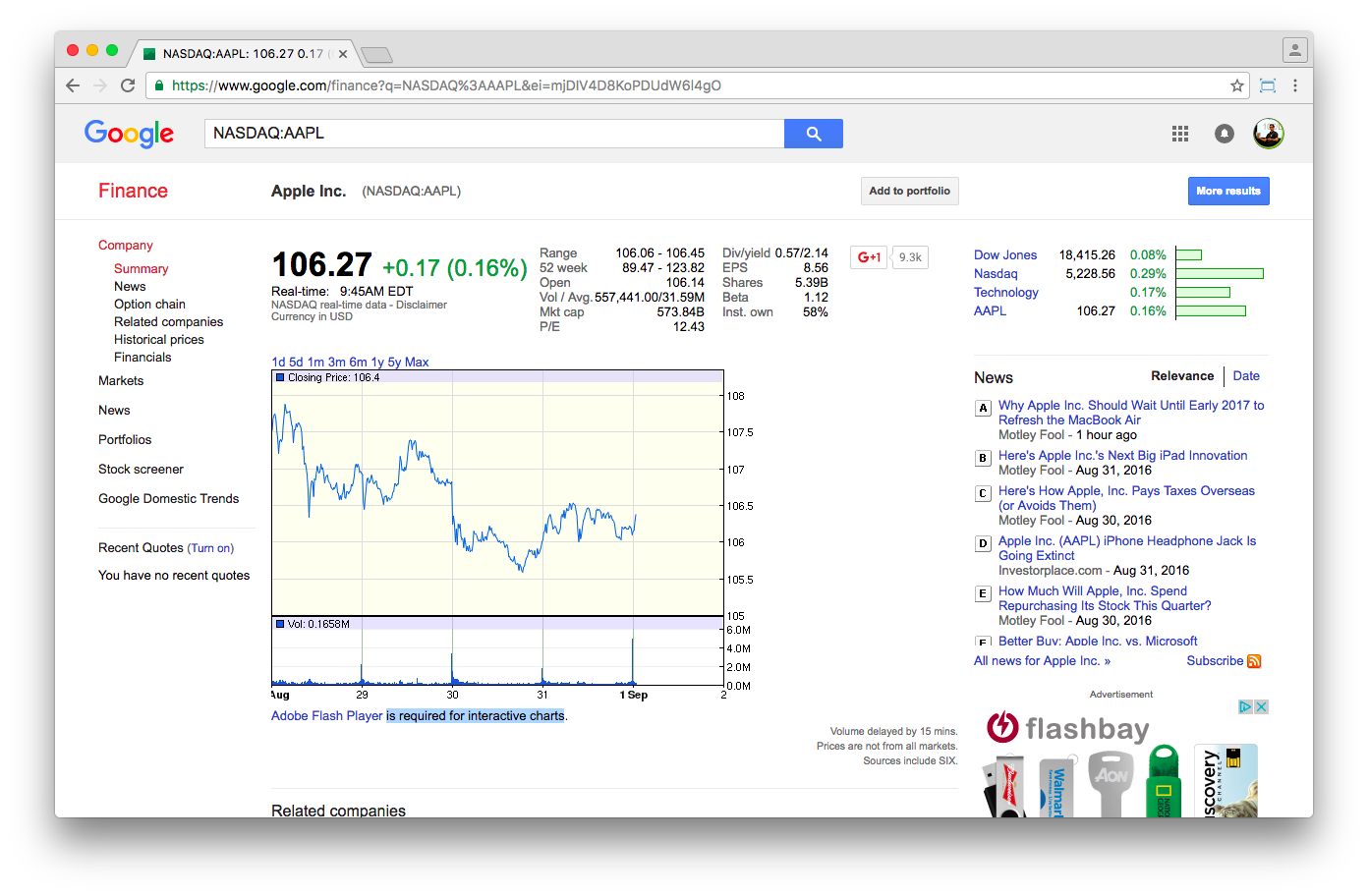 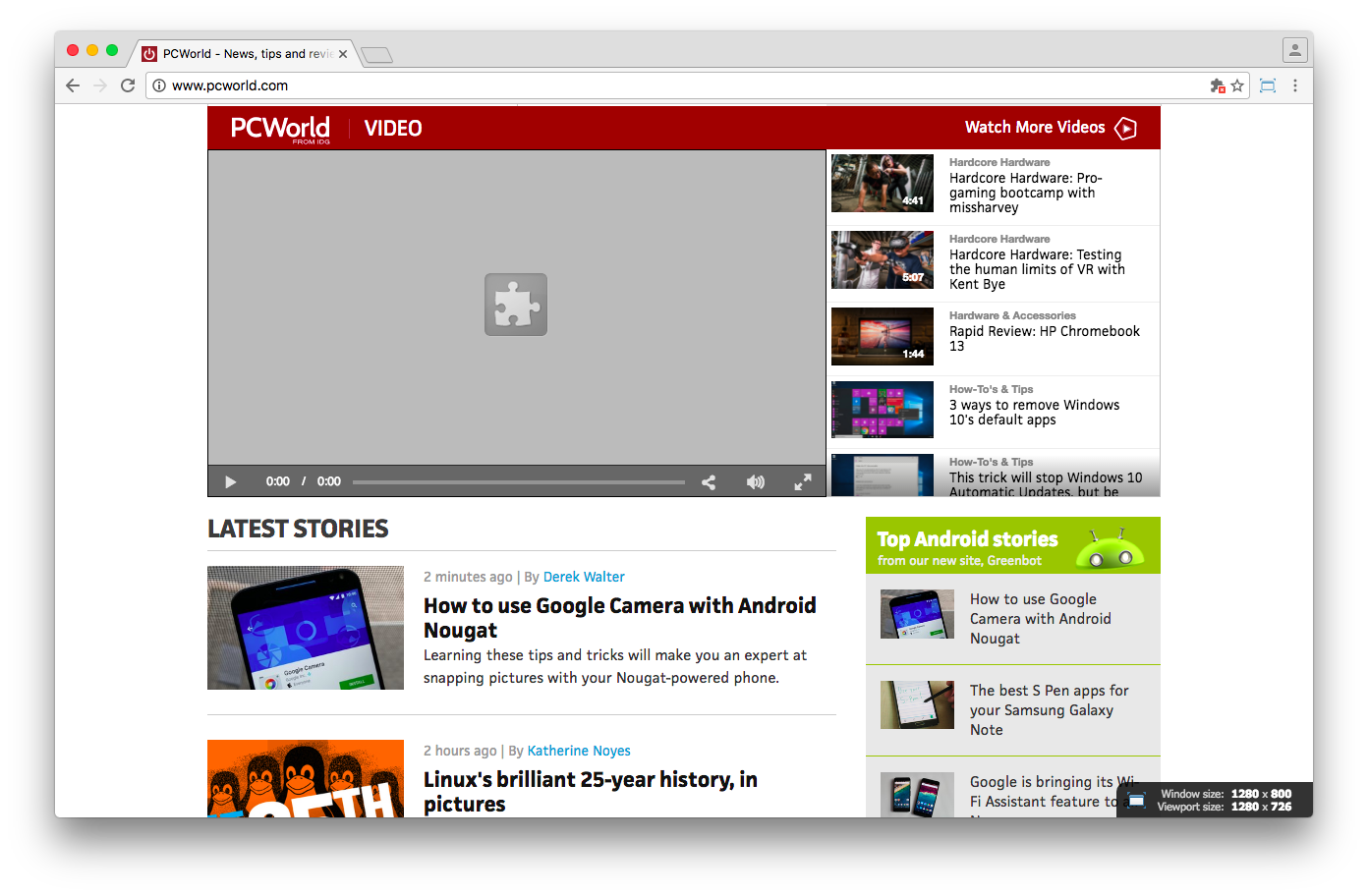 But individual videos did play properly in their videos section: 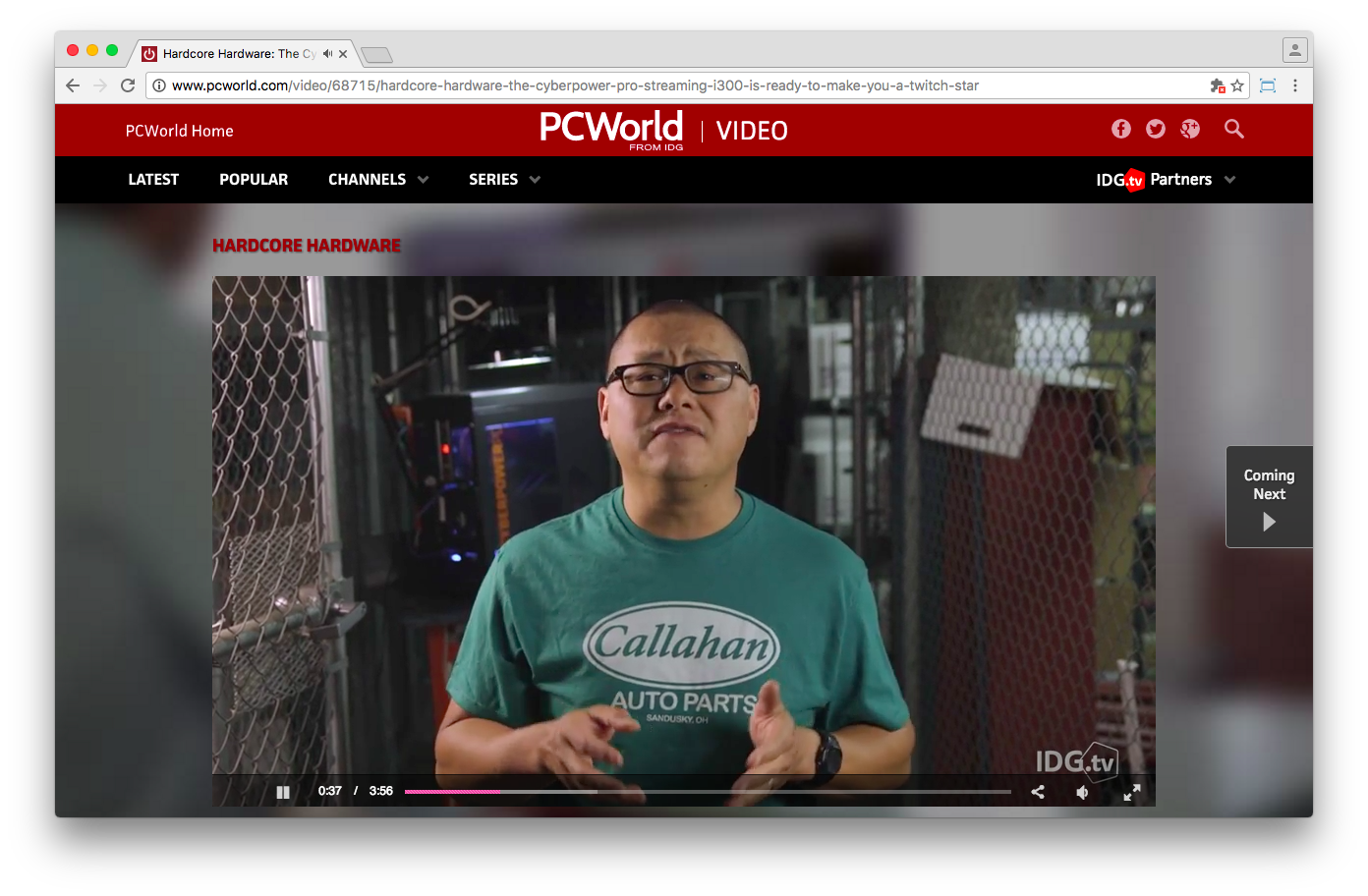 Napster did a great job of notifying me about Flash Player missing while still allowing me to browse the library. It has a script in place detecting both when Flash Player is disabled AND when it’s just prevented from running (Chrome setting). The same message was shown to me in both situations: 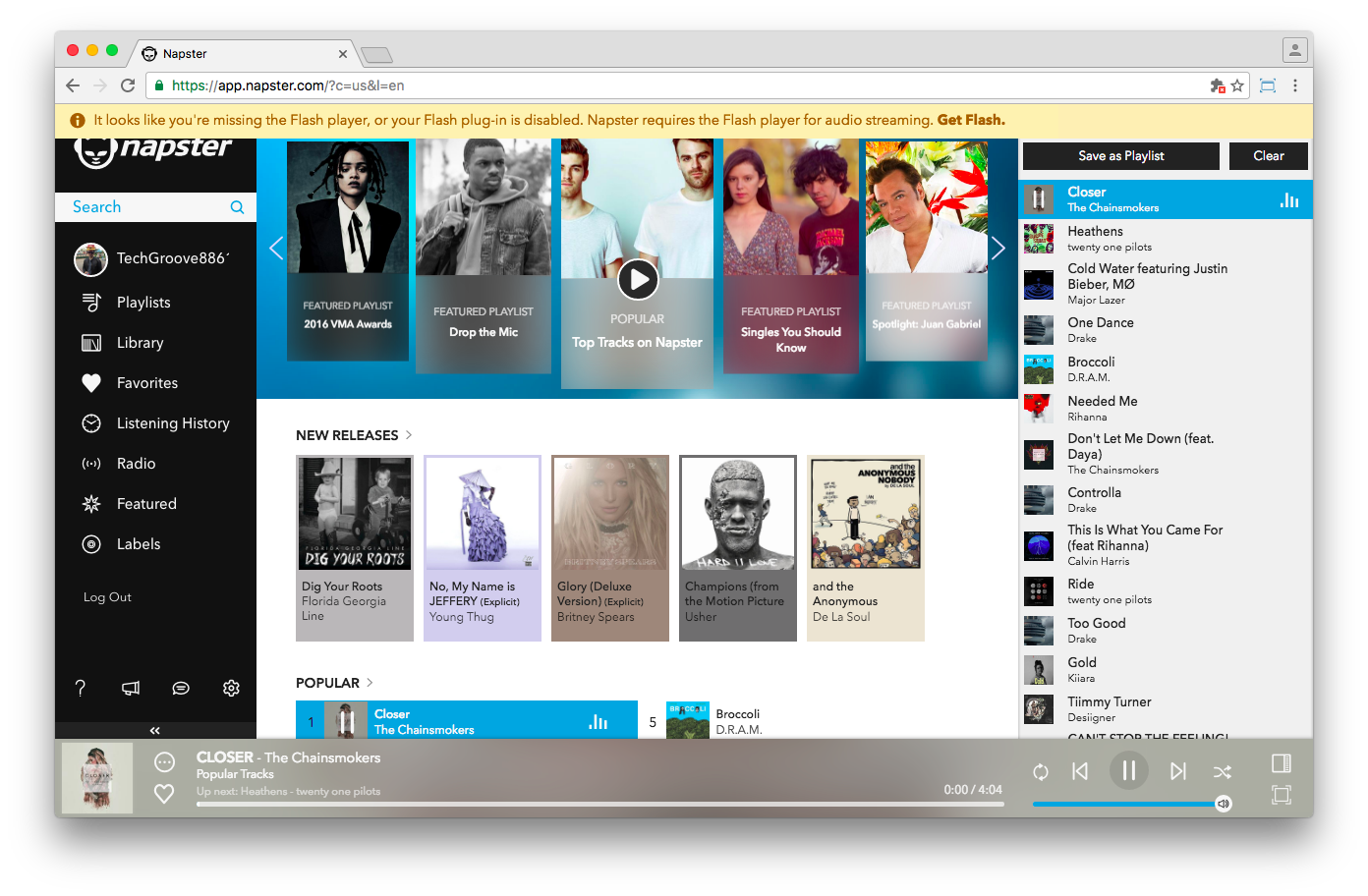 No HTML alternative exists for when Flash Player is disabled.

Pandora is the most adamant about needing Flash Player with the site not allowing you to sign in or browse their artists without Flash Player. 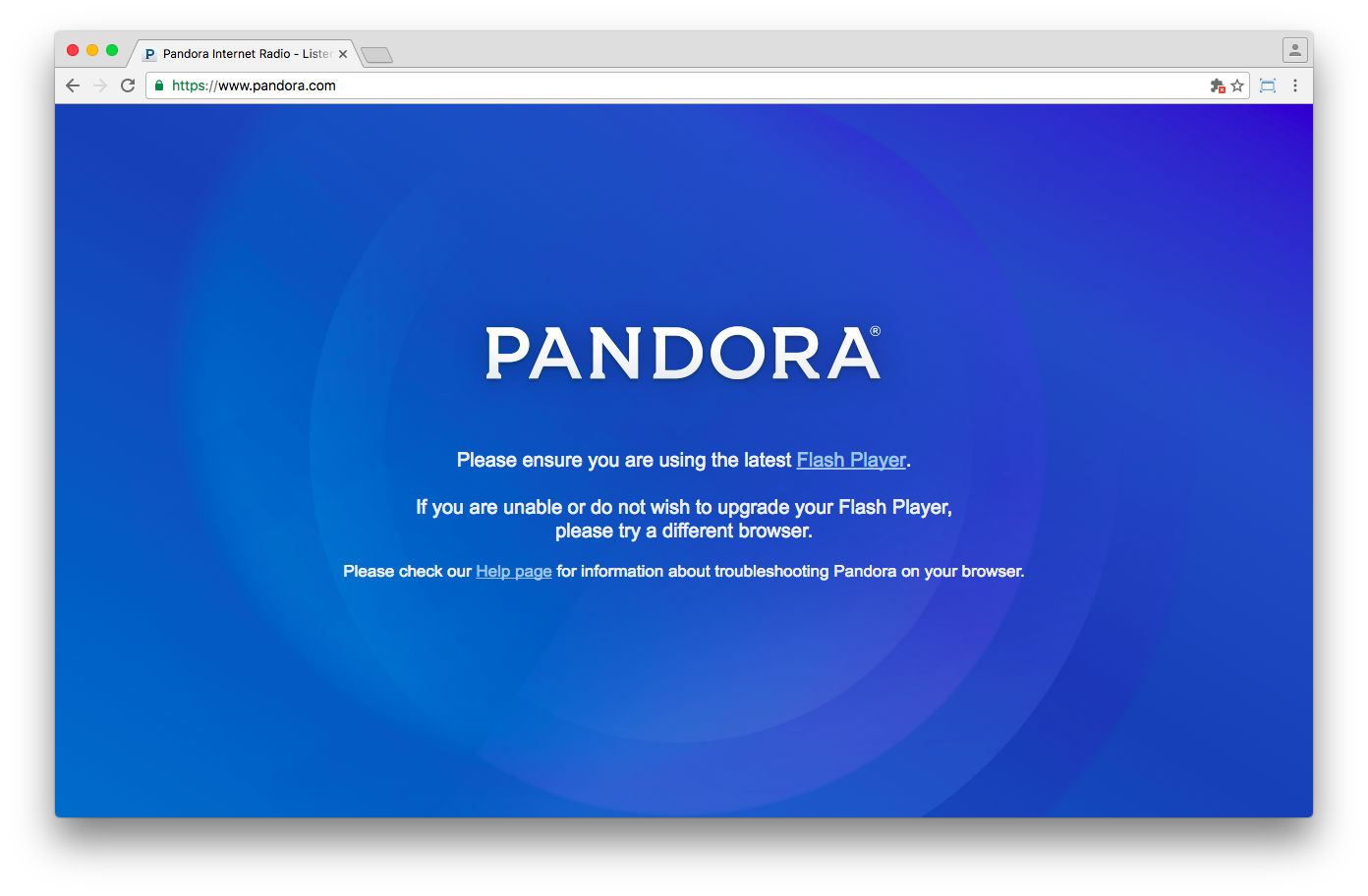 Spotify’s Web Player (https://play.spotify.com) did not start either 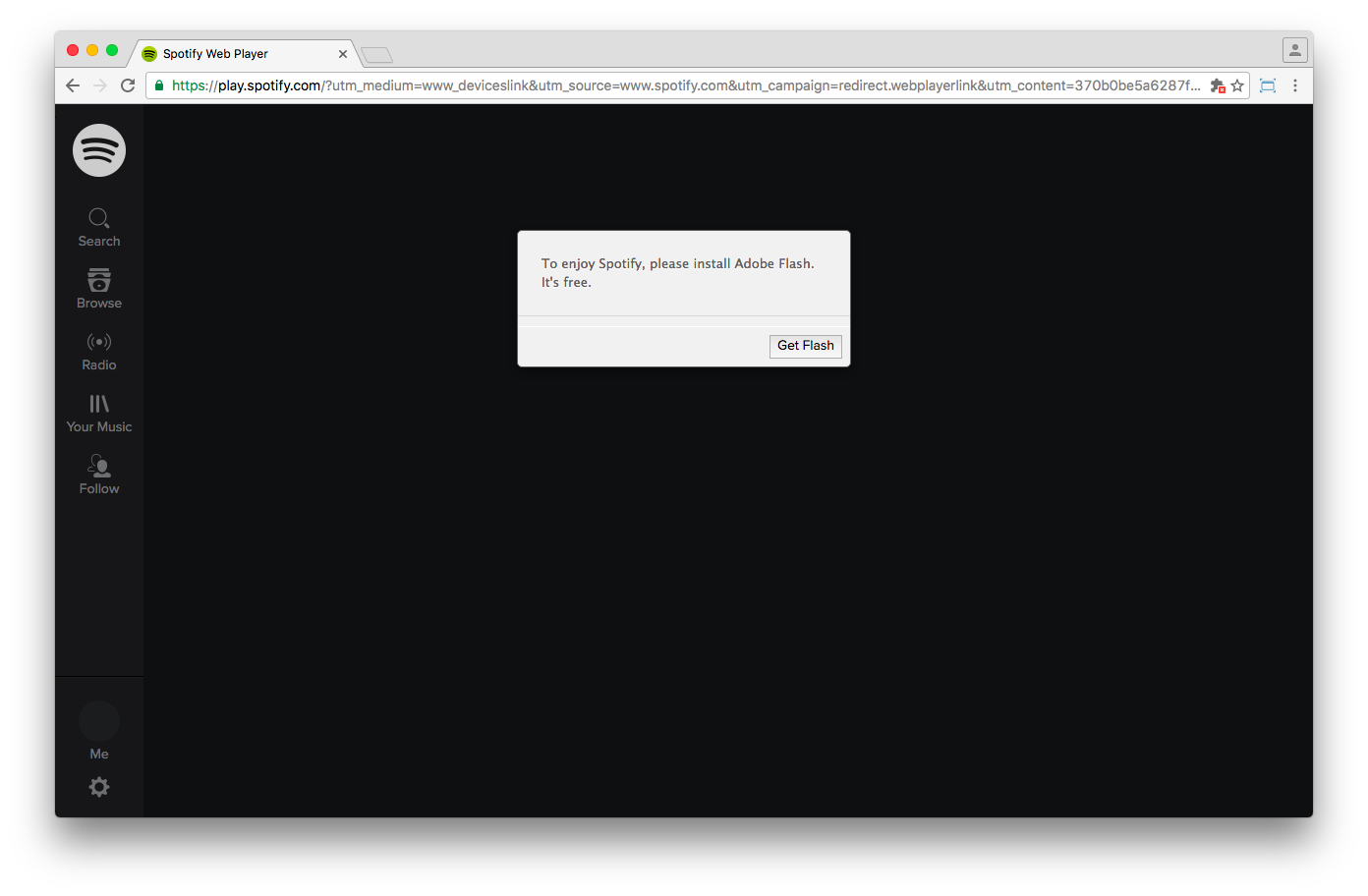 Yahoo’s coverage of the VMA’s played correctly without Flash 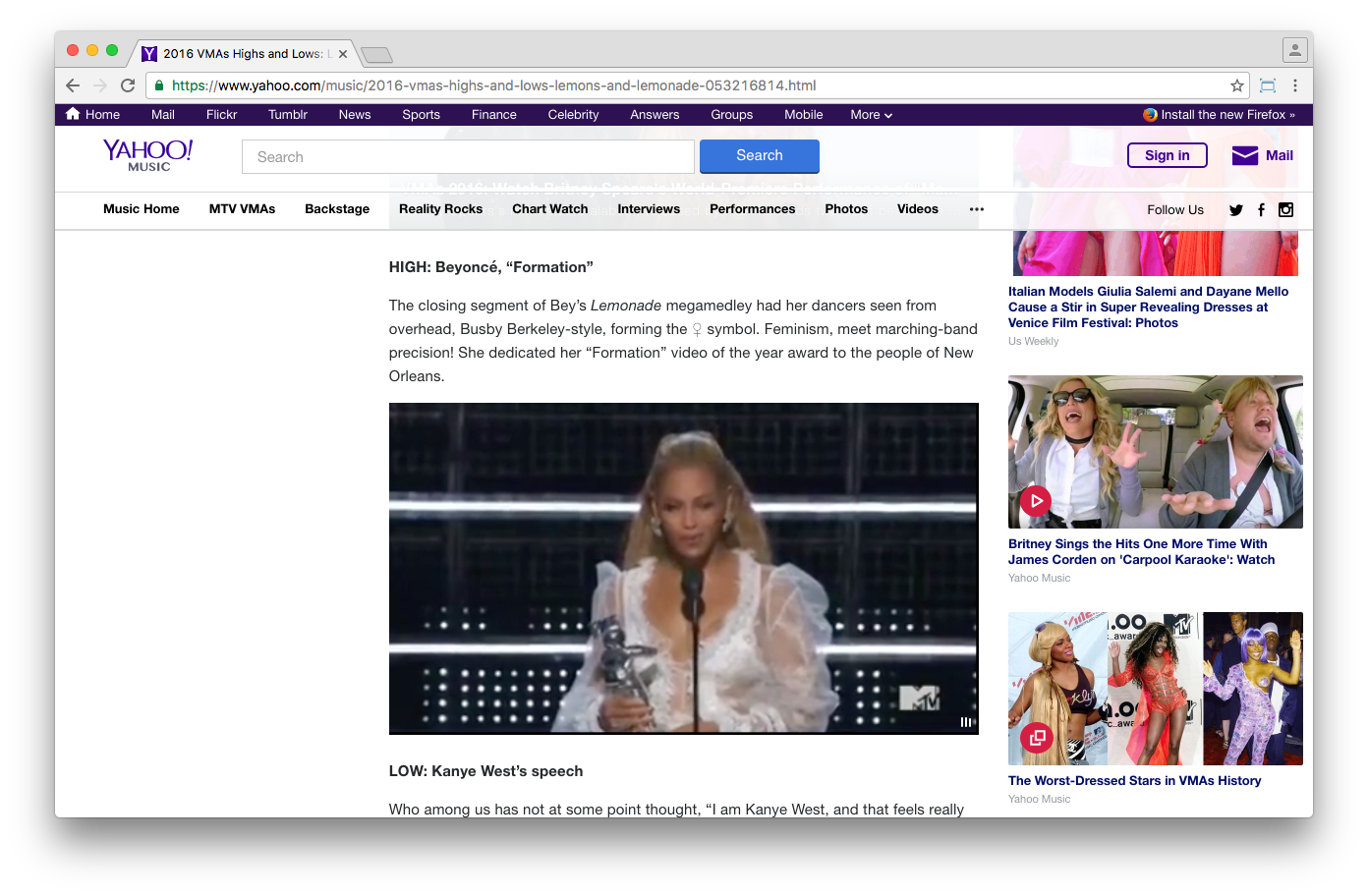 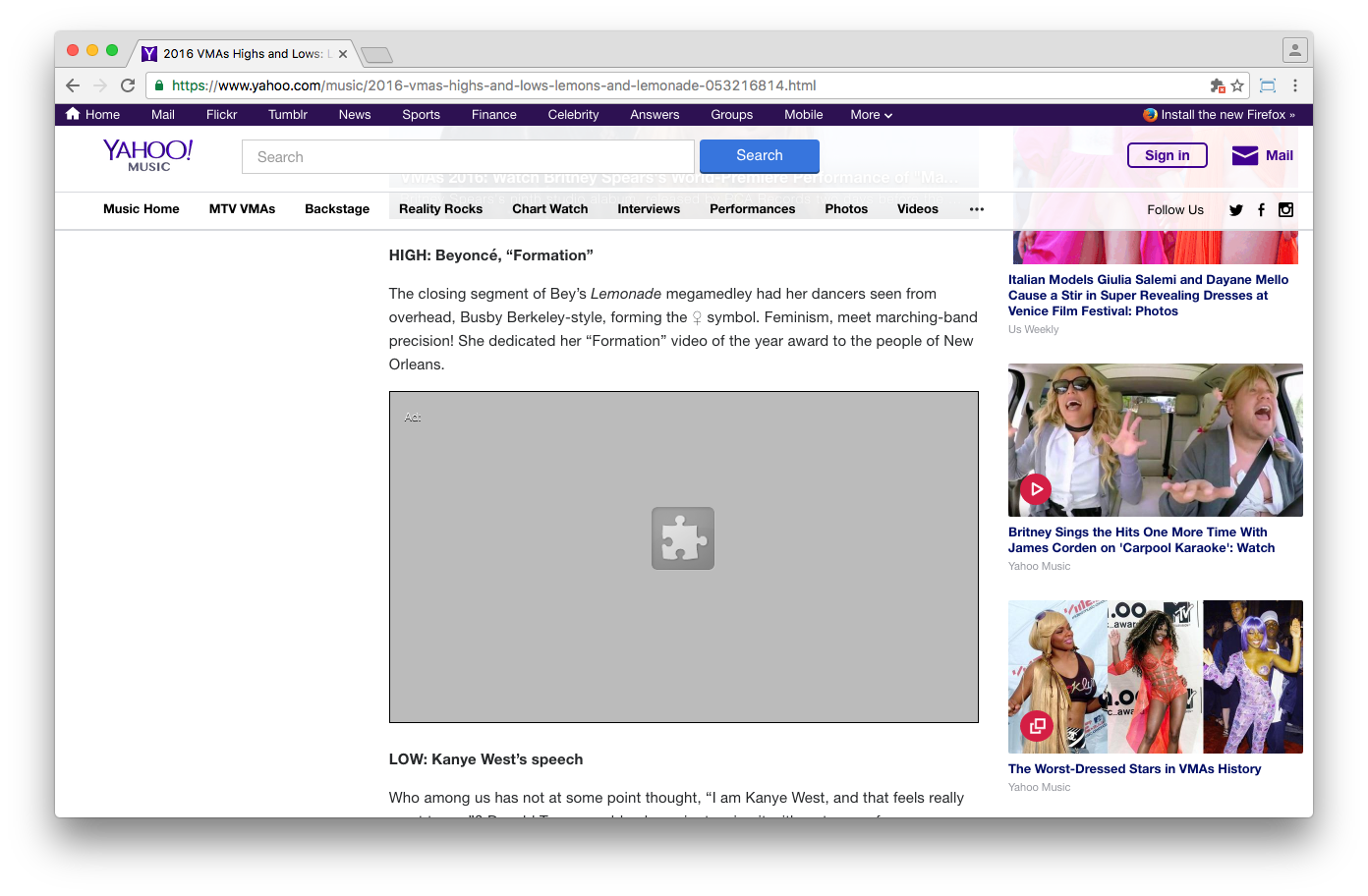 Deconstruct
—
I've disabled Flash for a week
Share this
Sign up for a 14 Day Trial
No credit card required.