Videos recorded using mobile devices contain a lot of metadata. One piece of such data is the rotation metadata.

This data is used by browsers such as Chrome and Safari and by video players like VLC and QuickTime to display the video the way it was shot: portrait or landscape. 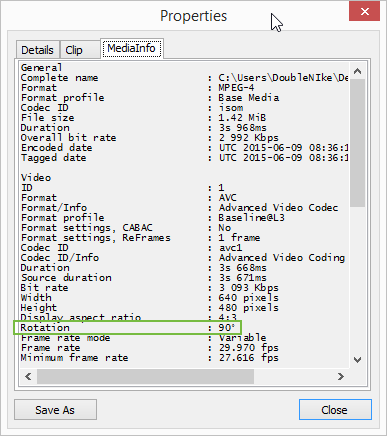 The rotation metadata is stored as an integer, it represents degrees, and has 4 possible values: 0, 90, 180 and 270. Here are the values for each device orientation for both iOS and Android:

Some desktop browsers like Firefox do not support this metadata and thus will play such portrait videos as landscape: 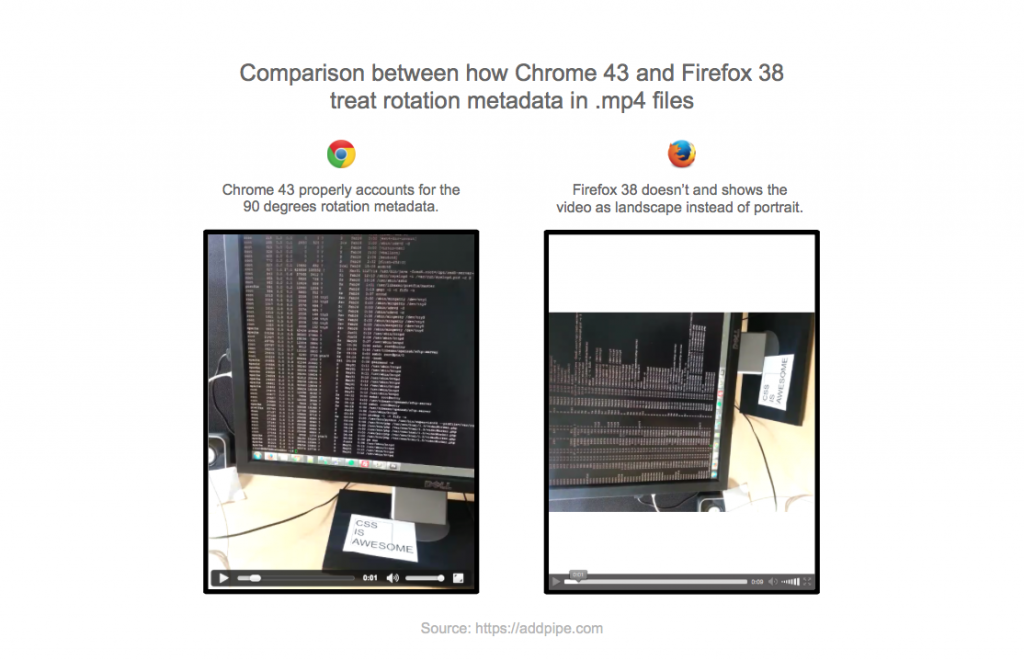 Deconstruct
—
Rotation Metadata in Video Files Created by Mobile Devices
Share this
Sign up for a 14 Day Trial
No credit card required.