iOS 9 is scheduled to be released this autumn and it brings many changes, but today we’re going to look at one of the lesser known ones: the change to the HTML Media Capture prompt used by Safari for video.

For those who don’t know Media Capture is the standard way to capture video, audio or a photo on your website from mobile devices.

In iOS 8 (pictured above) you basically had 3 options:

Take Video opened up the Camera app in video mode (with no option to switch to photo) while the Photo Library option opened the Photos app showing all albums containing videos.

That’s all the same in iOS 9 (we’ve used iOS 9 beta 5), there are however some significant changes:

Here’s how the new prompt looks (with Dropbox source activated): 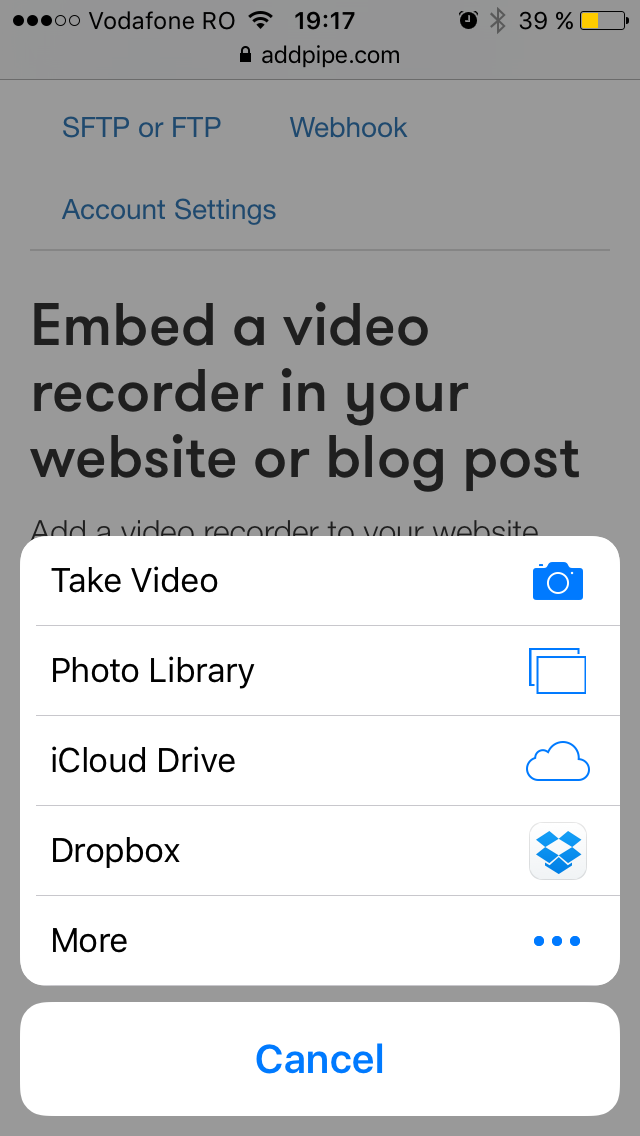 Selecting this option brings up your Dropbox folder with all folders and files sorted alphabetically and with unsupported files (images, documents and some videos) greyed out: 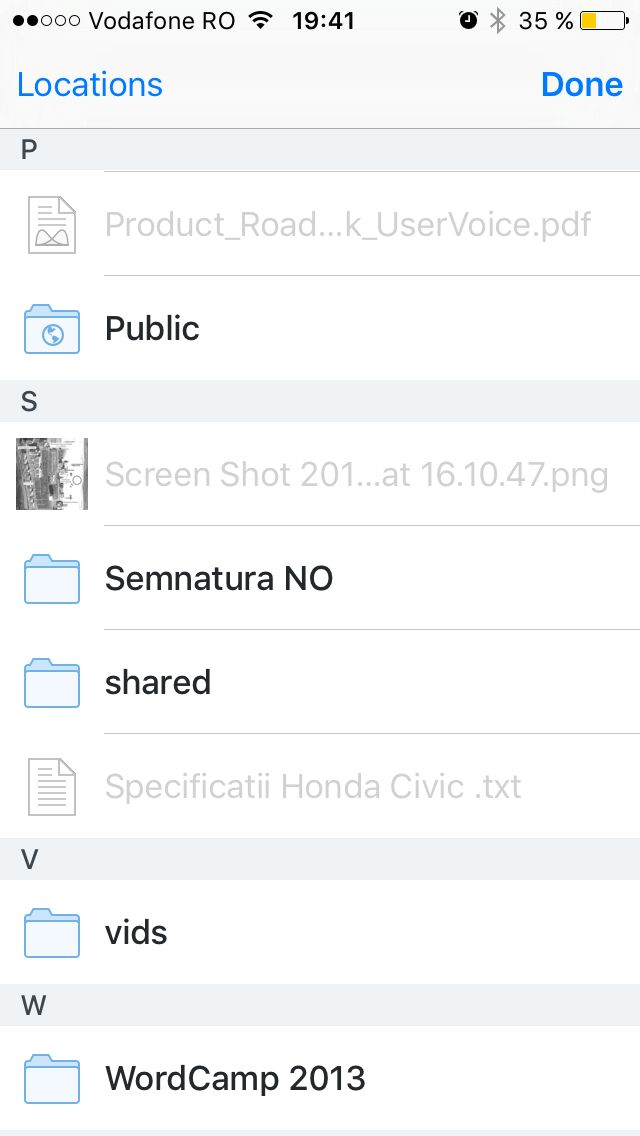 To test what video files are supported I’ve placed 8 different video files in a Dropbox folder and tried to upload them to Pipe using HTML5’s Media Capture standard.

As you can see mkv and webm were greyed out which means some kind of filtering takes place in real time. From my set of files Safari (on iOS9 beta 5) allowed me to upload 3gp, flv , mp4, mov and even wmv and avi files: 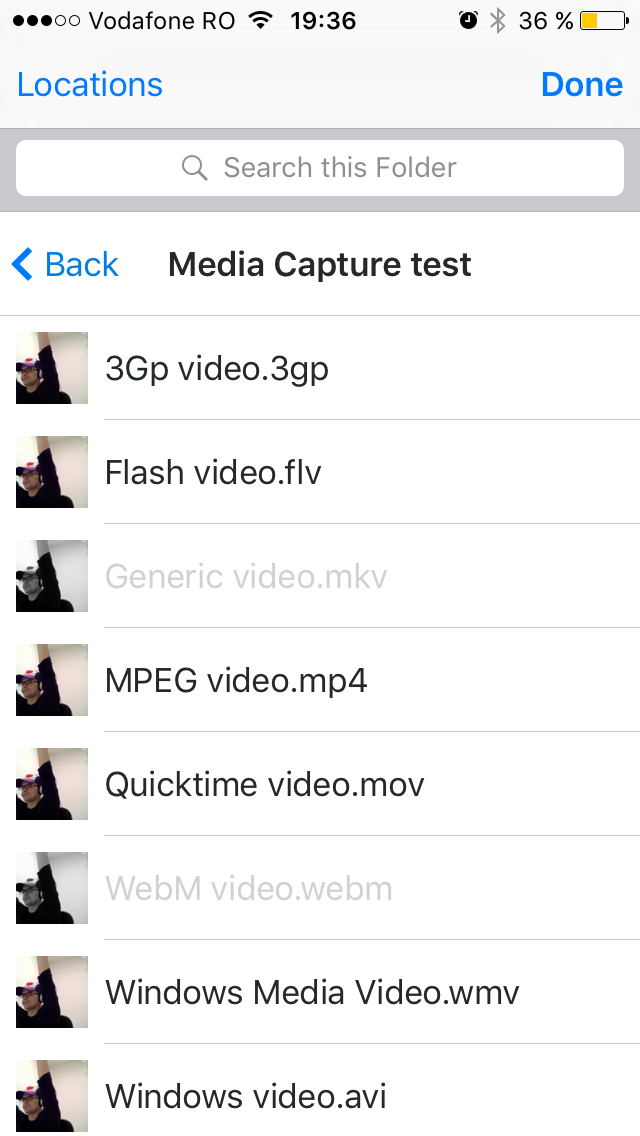 Others that I have not tested might be supported too.

At least the following are not supported:

Notice how Dropbox created a preview image for all of them?

Touching this option brings up your iCloud drive with unsupported files and the Keynote, Pages and Number folders greyed out: 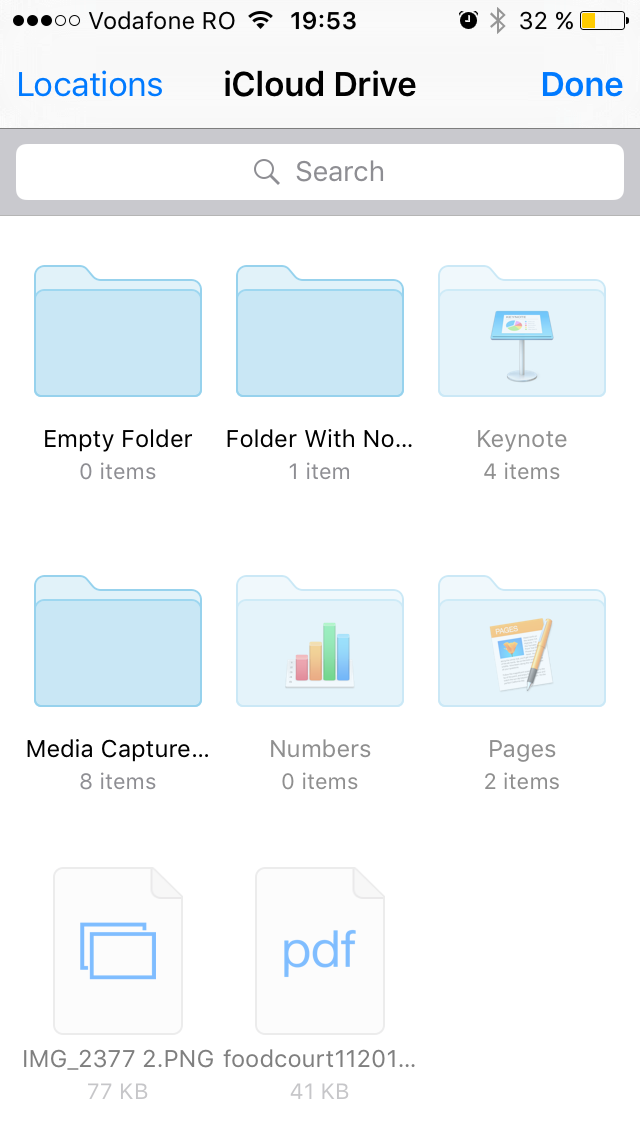 Going into the folder with my 8 test videos allowed me to select the same supported files: 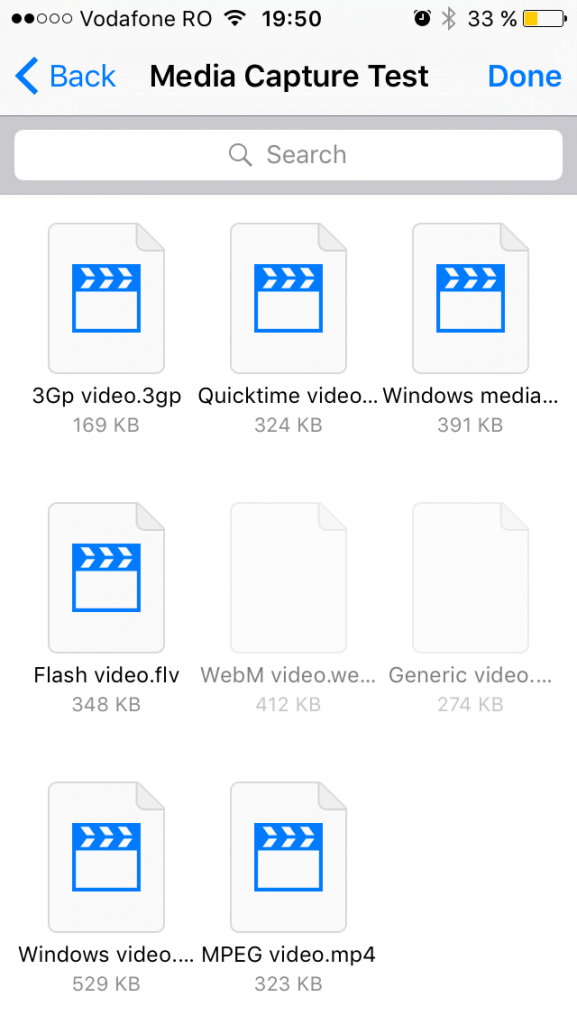 Notice how there’s no preview thumbnail for each of the videos? That could become annoying in a folder with many videos but at least you get a list view and the option to sort by Date and Name: 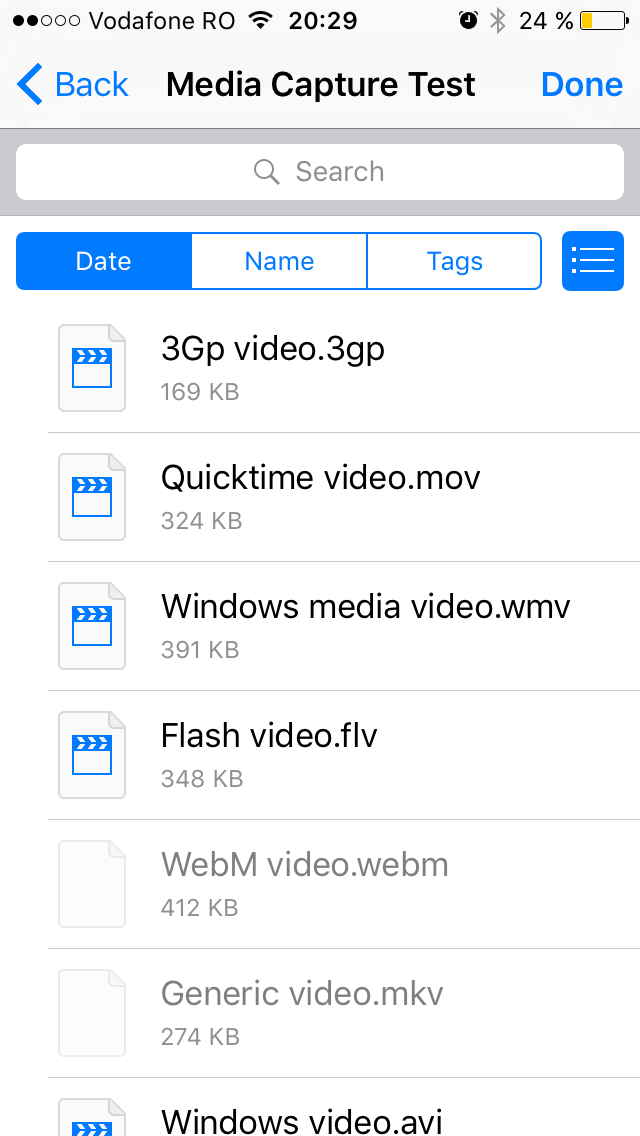 Clicking the more button allows you to select the sources available on the initial prompt. The only option that showed up for me was Dropbox. I had both Copy for iOS (similar to Dropbox) and Dubsmash (create funny videos) installed but none showed up as a possible source: 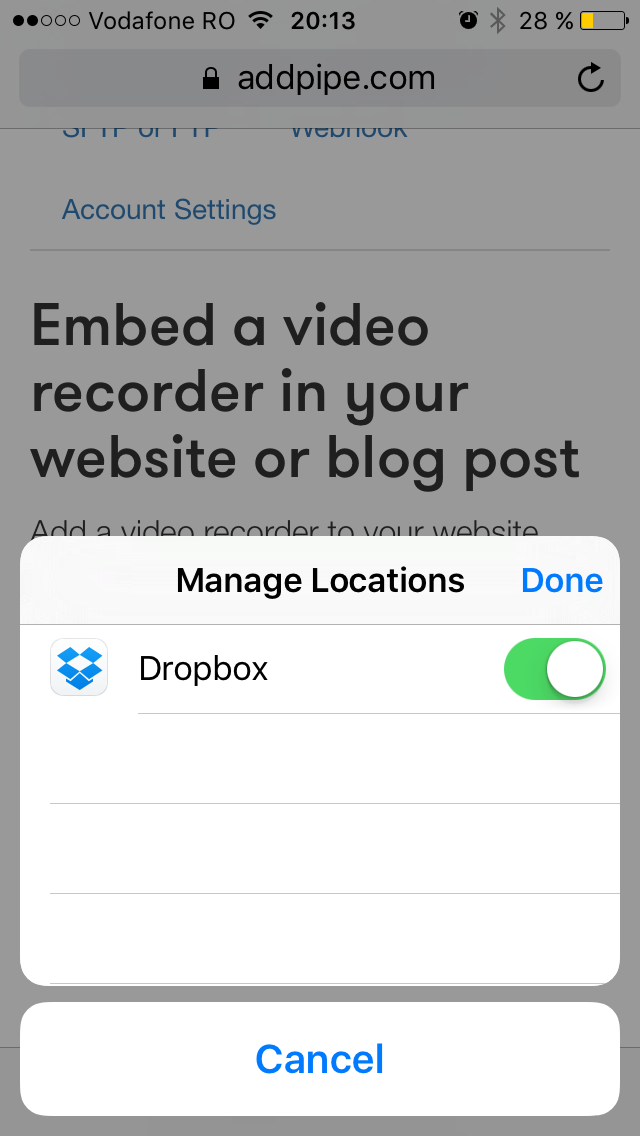 Unfortunately capturing audio only still doesn’t work with the iOS 9 Safari prompt allowing you to select a video or a photo which is strange because Apple’s Voice Memos app is included by default since iOS3. 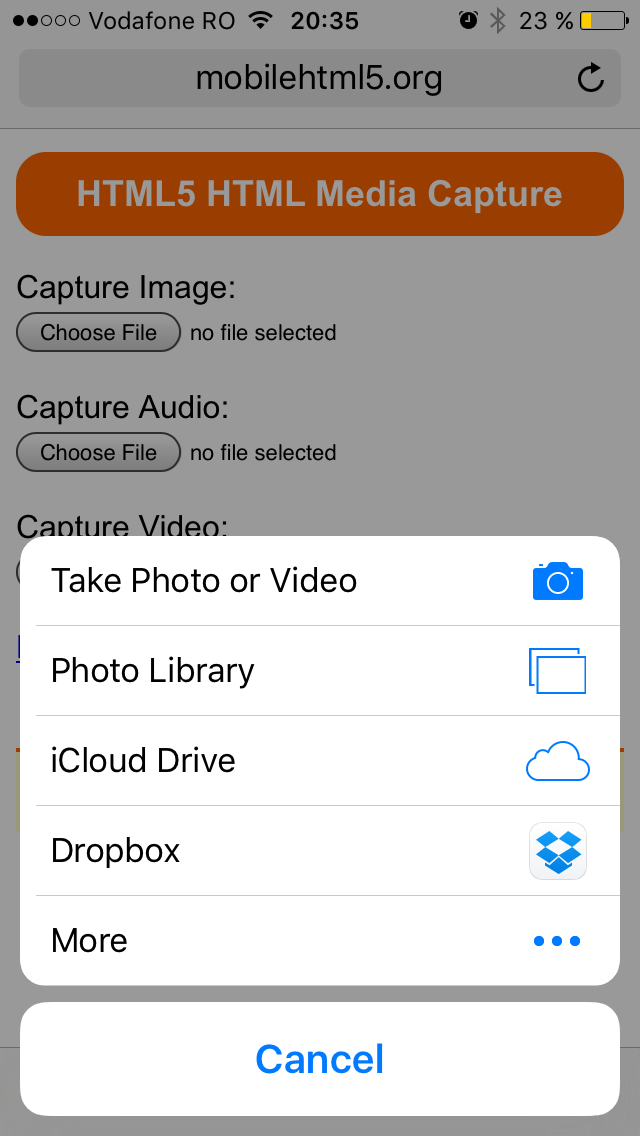 Webhooks are a powerful way of integrating between different software services. Thanks to the recent Pipe webhook update, which allows you to send webhooks with content-type application/json, you can integrate them with

Deconstruct
—
The New Video Recording Prompt for HTML Media Capture in iOS9
Share this
Sign up for a 14 Day Trial
No credit card required.